Cinemax is hitting hard with series this year including a reboot of STRIKE BACK that has been playing out its fifth season. Its last episode debuts Friday, 04.06. However, that particular series is already guaranteed a sixth season. Here are the details: 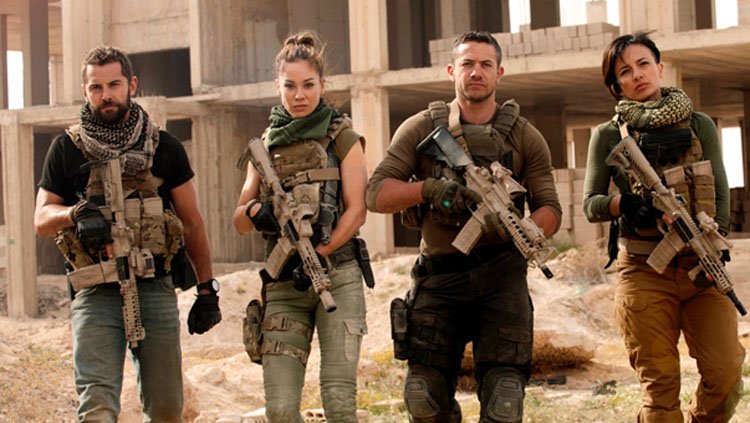 CINEMAX has renewed the action series STRIKE BACK for a sixth season, it was announced by Kary Antholis, president, HBO Miniseries and CINEMAX Programming. Currently debuting episodes Friday nights (10:00-11:00 p.m. ET/PT), with the fifth-season finale scheduled for April 6, the show follows the explosive escapades of Section 20, an elite, multinational, covert special ops team, as it spans the globe fighting a vast web of interconnected criminal and terrorist activity.

“The rebirth of STRIKE BACK has reestablished CINEMAX as a destination for adrenalized, entertaining action series,” noted Antholis. “We are delighted to offer Section 20 the opportunity to continue saving the world from mayhem and destruction.”

Among the critical praise for the series, TVGuide.com described the current season of STRIKE BACK as a “visually stunning” show that “regularly delivers action sequences on par with many feature films.”

The next season will mark CINEMAX’s sixth, and UK co-producer Sky’s seventh, season in the STRIKE BACK franchise. CINEMAX began airing the series with Sky’s second season, and in 2013, presented Sky’s first season of the show as “Strike Back: Origins.”

You can find more information about the current season and its past seasons at Cinemax.com.

This writer hasn’t jumped on the STRIKE BACK bandwagon yet, but since Cinemax is the “sister” channel to HBO we have included its content on this site. We started doing so heavily when Steven Soderbergh’s THE KNICK became available to HBO viewers. The channel also features the older series BANSHEE (which I am watching currently) HUNTED and QUARRY and has new series that we will feature at a later date, but STRIKE BACK is the oldest series still running on the channel and it truly embodies the high-impact action that Cinemax looks for.