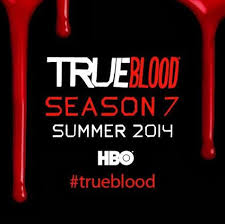 Two big rumors about the conclusion of TRUE BLOOD have been bounced around the internet. It is about time we picked up on them only to see that they have to basis in fact.

First is the rumor that Charlaine Harris the novelist who penned the thirteen books in Southern Vampire Mysteries, for which TRUE BLOOD is loosely based, would come on board for the final season as consultant and/or writer.  It seems the theory was that as the creator of the concept she would be a writer of Season Seven to help wrap up the show in a more logical or better(?) way than the show runners might take it.

I’m guessing that rumor surfaced only because fans of the book series, also known as the “Sookie Stackhouse Series”, are 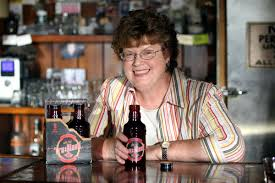 not pleased with the direction the HBO series had taken away from the canon. It is this writer’s opinion that Harris should have been a consultant to the series all along, but what do I know ‘cause I never read the books.  Charlaine Harris simply dispelled the rumors by remarking on Facebook –

“Let me squash a rumor or two here: I am not writing, or involved in planning, the last season of “True Blood.” I do not know how this got started. I am not writing another Sookie novel.”

The other rumor buzzing around is the notion that after its final season TRUE BLOOD will go up on the big screen. The buzz all started when Bill Compton himself Stephen Moyer offered up an interesting response to a question put to him by Examiner.com.

Q: HBO announced that the next season is going to be the last season of “True Blood”. So what are fans supposed to do in the summer of 2015? 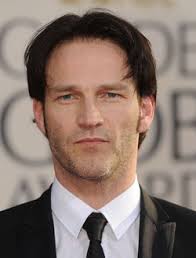 The above is said to be an allusion to a movie forthcoming. HBO has already sent SEX AND THE CITY and ENTOURAGE to the big screen, why not TRUE BLOOD? To see the interview in its entirety hit this link to Examiner.com .

HBO did not offer much to say on the matter it seems expect a simple – “Nothing at all to confirm.” That could be construed to mean that HBO is not ready to officially release any such knowledge yea or nay. Maybe an official announcement may arise after the numbers are in for TRUE BLOOD Season Seven? Or, maybe, Mr. Moyer, who is now a producer, is just hopeful that a movie is on the horizon and he wants involved on both sides of the camera? If it ever is a go, then perhaps Charlaine Harris could be available to write the movie?

Right now it seems it is just hopeful fans and Mr. Moyer flaming interest for the show. We will have to wait and see.