Here at HBOWatch we like to think of ourselves as leading experts on the shows, actors, directors and writers who create the programs we all love and enjoy.  But this nugget took this editor by suprise today.  I was doing a bit of research and came across this story about True Blood’s Sookie Stackhouse aka Anna Paquin.

Anna began her career as a child actress in 1991.  Director Jane Campion was looking for a young girl to star in The Piano, an eventual award winning film in 1994.  Paquin’s sister discovered an ad in the newspaper looking for someone to play the role who went herself to check it out.  Anna just so happened to tag along because she was bored. At that time the only acting experience Ms. Paquin had was that of the role of a skunk in a school play.  But nevertheless the director was very impressed with her read and was eventually chosen from 5000 candidates to play the role. 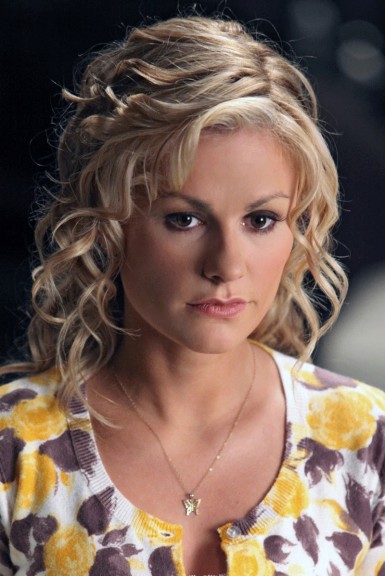 Her performance in the film earned her the 1994 Academy Award for best supporting Actress at the tender age of 11.  This makes her the second youngest Oscar winner in history.  After her victory she was offered several roles but often refused them because she did not plan to continue acting.  A few commercials, movies and TV roles later and the world now knows her best as Sookie Stackhouse of HBO’s True Blood.

I hope you found this little tidbit as surprising and interesting as we did.  We knew she had some acting talent but Academy Award Winner?  Not even Leonardo DiCaprio could claim that title.

Since those school days she has won other awards including a Golden Globe for her work on True Blood.  As season 7 concludes the series lets hope she finds another great role on HBO’s air.  These days she’s happily married to her True Blood co-star, Bill… err… Stephen and is currently taking care of adorable twins!

Congratulations on your award, Anna!  We had no idea.

We leave you with her crazy-cute acceptance speech: