Hallelu! For all of those who can’t get enough from the WE’RE HERE Queers, official word has dropped that the drag queens and their entourage will be back for another season next year. 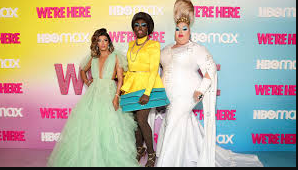 HBO has renewed the Emmy-nominated unscripted series for a third season according to Nina Rosenstein, Executive Vice President, HBO Programming. “Part of the magic of WE’RE HERE is that even though it takes place in small towns, the series has had an incredibly inspiring ripple effect that goes way beyond those communities,” said Rosenstein. “We’re looking forward to another season where we can continue to inspire and showcase some fierce drag!”

They are here, there, and everywhere whether sleepy little cities like it or not, and wherever they go the LGBTQ+ community comes out of hiding to party. The series follows renowned drag queens Bob the Drag Queen, Eureka O’Hara, and Shangela as they continue their journey spreading love and connection across small-town America, through the art of drag. In season two, which HBOWatch covered, the queens recruited local residents from Spartanburg, SC, Temecula, CA, 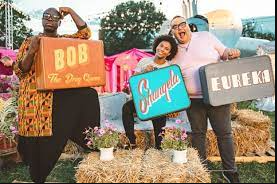 Del Rio, TX, Selma, AL, Evansville, IN, Watertown, SD, Kona, HI, and Grand Junction, CO to participate in one-night-only drag shows where they inspire their “drag daughters” to express their genuine selves in front of their families, friends, and communities.

Where they show up next is anyone’s guess. Some of us show derision over their presence but, quite simply, that doesn’t stop them as they are proud and entitled to strut their stuff and empower others to do the same. Many though hail praises for the show and its participants. For example, the program is named one of Esquire’s “10 Best TV Shows of 2021.” it is also lauded as “nothing short of a miracle,” and “bigger, bolder, peak excellence” by Decider, the series was praised for being “unlike anything else on TV” by them., while The A.V. Club called it “show-stopping” and “a glammed up, emotional road trip.”

Co-creators and executive producers Stephen Warren and Johnnie Ingram stated, “We are thrilled to be a part of HBO’s continued commitment to LGBTQ+ storytelling. We are honored to continue to fight for equality and celebrate the many unsung heroes and allies across the country.”