Not to many new unscripted shows make it to HBO but we have an official press release that such a series will be part of HBO lineup coming sometime in early 2020. Here are the details:

WE’RE HERE, a six-part unscripted series that recruits small-town residents across America to participate in a one-night-only drag show will debut this spring on HBO, it was announced by Nina Rosenstein, executive vice president, HBO programming.

In each episode, renowned drag queens Bob the Drag Queen, Eureka O’Hara and Shangela Laquifa Wadley will inspire and teach their own “drag daughters” to step outside their comfort zone for a night of no-holds-barred, full-on drag. “Drag is about confidence and self-expression,” says Rosenstein, “We are so thrilled to showcase the transformative power of the art form with our audience.” 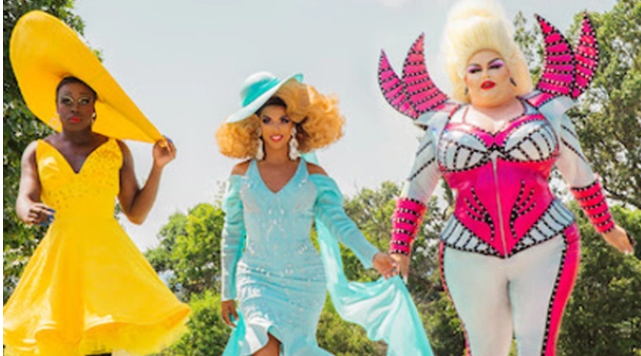 I know, I know, it won’t be for everybody but HBOWatch tries to cover it all. And HBO also wants to be all-inclusive. This series does raise a thought however, how does WarnerMedia decide what shows go to HBO Max and which ones go elsewhere. Clearly this reality series could have been a part of the launch of HBO Max (and there is nothing that says it won’t also be seen there) but this one gets to play on HBO’s channel and its sites. I guess we won’t figure that out. We’ve got WE’RE HERE at HBO and so we cover it and it and if it just so happens you want to get your ‘drag on’ then this series might be for you. We will let you know when it debuts as soon as we know.