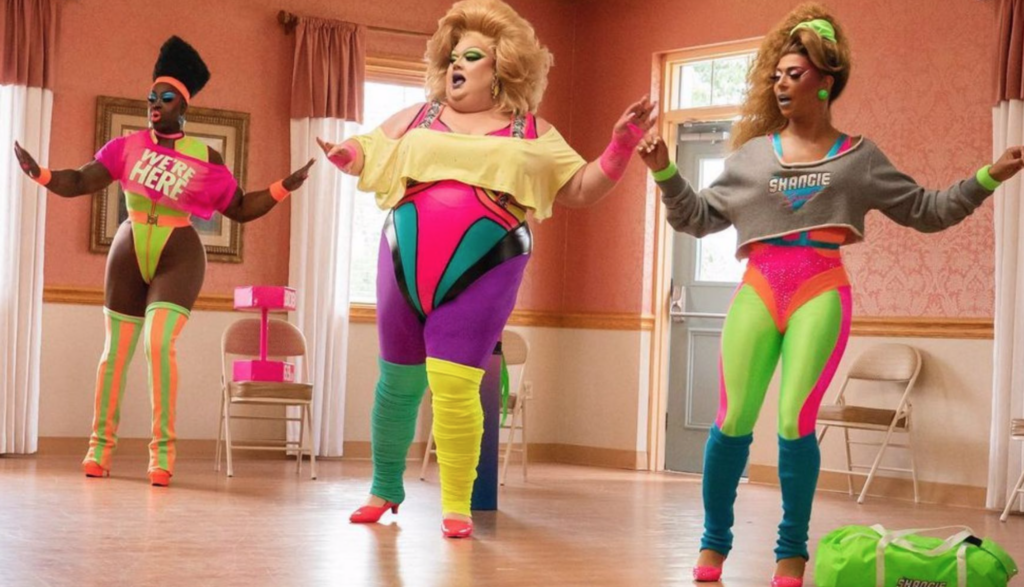 I’ve been procrastinating on this article a little bit for several reasons. I’ve been dealing with some personal things, on top of this show always making me over the top emotional anyway because it’s so damn heartwarming and lovely! But also, my heart hurts because this will be my last HBOWatch review. I’ve loved my time here since 2014 and sharing this content with you all and getting to flex my writing muscles in new and fun ways. But as all chapters end, so too must this one. I won’t lock the door behind me, but new things are on the horizon! Getting to close my time out with We’re Here couldn’t be more perfect. This gem shows us real life across the country for LGBTQA+ identifying individuals and their communities. The past two seasons showed us how hard small town life can be for Queer identities, but this year amplified, even more, why these stories need to be heard.

We open the season in Texas and local outrage at the appearance of fabulous drag individuals. Our lovely performers include Adrienne, Deshay, and Lou. Adrienne is a hairstylist and county Democratic chair trying to turn red into purple into blue. Deshay shares with us a love of music and a happy engagement. Roller derby-loving Lou buys banned book titles to bring to school because then the teacher can’t get in trouble because it isn’t theirs. Brilliant! But it’s very clear this season is higher tension. A children’s story event gets canceled by the original locale because of threats that very clearly would have been carried out had they considered going forward. A kind citizen opened her own store to host and Shangela finally got to read with a handful of littles. So incredibly cute! 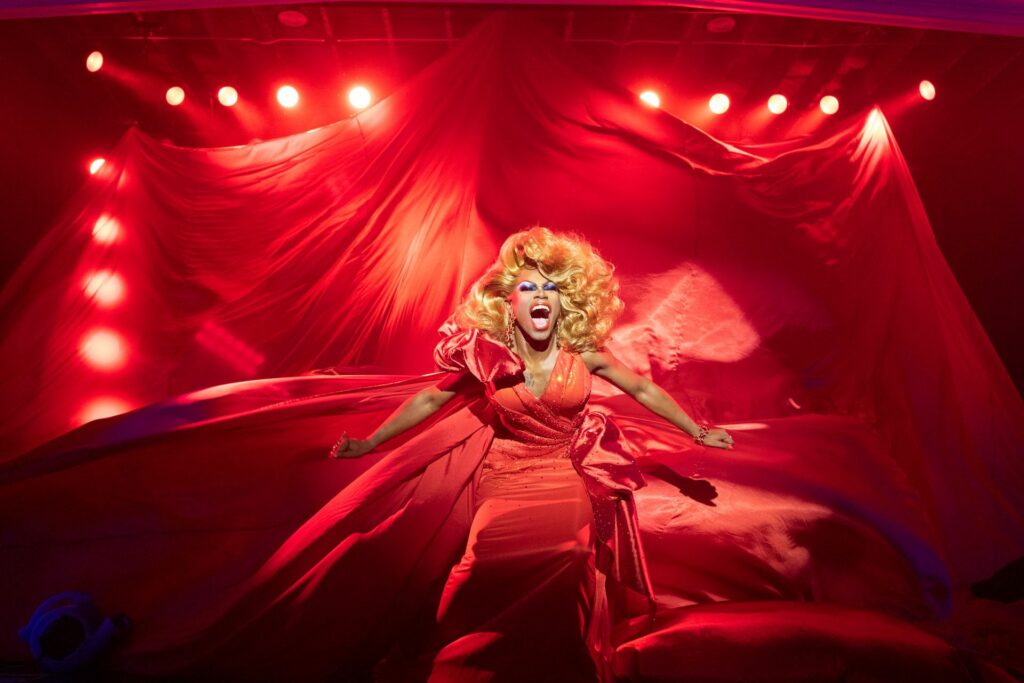 I think Bob said, “It’s a mix of people, but not people mixing.” Or maybe one of the drag babies? But regardless, tensions are again high. Even while out trying to get ice cream, Bob is harassed regarding clothing. We meet Mark, a singer from a religious background; De’Bronski who tore the damn roof off the house; and Chris, a rough and tough ally. De’Bronski in particular had an emotional experience and came close to walking out. I’m so glad he kept going because…DAMN. There have always been amazing performances on the show, but you can feel every ounce of his emotion in his performance. The dress, the color, the song, and he just brought it all down!!!

Obviously based on the locale, we get to meet some Mormons. Toni is transgender and living with his mom and grandma. Mom tries but it’s an uncomfortable home experience for him. Gabi is bisexual and when she came out to her mom, the family left the Mormon church together. Dad still attends services but it’s a clear shift for the family. Mom performs with her and I know that probably meant a lot to Gaby but also those in the audience needing parental support of their own which I certainly understand. Micah is a parent and non-binary, worrying about the looks their family deals with in the town and the effect that has on their daughter.

Here we meet Ashley, a lesbian police officer struggling to find love in her town even though she would love to be a wife and mother. Josh, a bisexual who was attacked in the Navy and exploring what he wants his sexuality to be with the support of his wife and children. And then Brandon, an ally who is still learning how to be a better ally. There were good moments, but I have so much respect for Shangela and how conversations were handled. It was occasionally very hard to watch and hear. 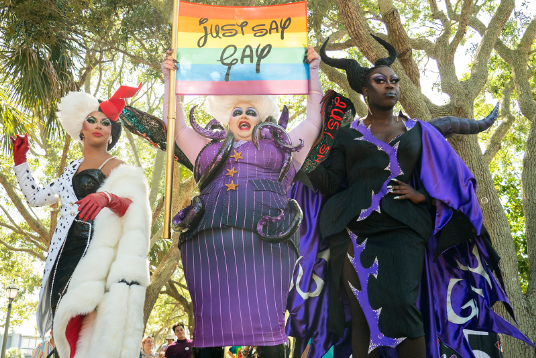 We got two episodes for these special folks and I think it was perfect. Particularly because of the atmosphere currently in Florida with Don’t Say Gay, there was a lot to unpack with these stories and they needed that space to breathe. Not only for all the performers but the leaders as well. Eureka shared part of her own story and it was so moving and I just wish her nothing but the best life living her authentic self! Now to the drag babies! 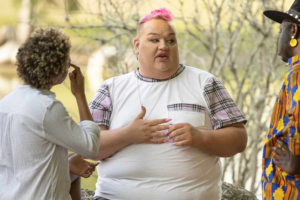 First is Jaime, a mother and educator fighting for not only her students but her transgender daughter whose own health rights are at risk. We meet Mark, a gay widower trolling the golf cart avenues for another guy but also spending time with his very Catholic mother. Next is the adorably married Mandy and Lori, who met in 1968. Mandy transitioned five years prior, but they were celebrating 50 years married. How f*cking beautiful is that? And lastly, we meet Vico, a Pulse shooting survivor challenging his PTSD in trying to live his most authentic self. He had gathered 10 friends to go out to celebrate his new apartment, and sadly 4 of those lives were lost in the shooting. Seeing his guilt and fear was so heartbreaking. But knowing this was a safe space, the performances absolutely slayed and showed how much love there is in the community. Politicians can change laws, but they can’t change love and in the end, that’s the most damn important part.

I’m hopeful for another season, though I will not be around to review it. Seeing the love on this show proves to my little baby bisexual closeted self that I was worthy of love even if I didn’t get it. And I can be who I am proudly now because I am loved and I know there is love out there for me. And that love is out there for you too. Even if I won’t be here writing to share it with you.