“Now I’m to blame because some goober got all eaten up by a bear?” ~ Selina Meyer 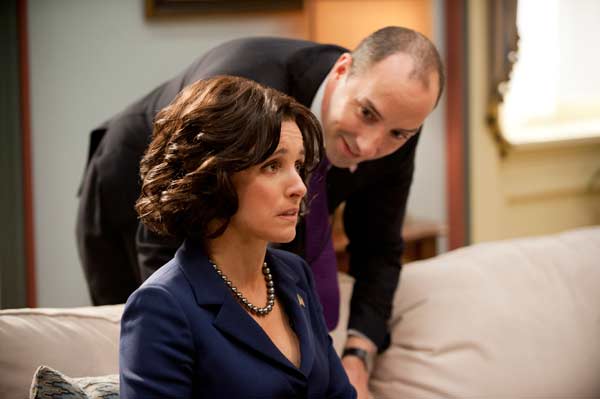 Republicans and Democrats have a tough time agreeing about anything. Gridlock strikes the US Government and one of the most envied nations on Earth brings itself to a screeching halt! People get furloughed, public services stop, trash piles up…one guy gets eaten by a bear. It’s comedy gold! And it might be a little too close to reality.

The witty HBO comedy, Veep, tackles the harsh realities of a Government shutdown in season 2’s “Shutdown”, written by Simon Blackwell, Tony Roche & Armando Iannucci. These British writing giants took a loving swing at the near constant looming disaster that is the American government shutdown, and they did it with stunning efficacy.

According the show’s creator, Armando Iannucci, U.S. government had been getting close to actual shutdown, both while he was writing the episode, and while filming it. “the whole threat was becoming a perennial thing, like Thanksgiving,” he said, “It was avoided but I just thought for the story, let’s just push it to the actual shutdown just so that we can then open all these other possibilities.”

Of course, less than 6 months after the episode aired, it sort of became a reality. Government workers got furloughed, and things came to a grinding halt, making many Americans look at the buffoonish antics of Vice President Selina Meyer and her staff, as an almost idealized dream of our political system.

“We didn’t think it actually happened, or would happen. We thought it was just absurd, so we made it a story. That’s the frightening thing here,” said Iannucci, “ I don’t think people are amused by it, because America is such an important site in the world, that its function should all boil down to extreme views of 20 people in the House of Representatives seems odd.” 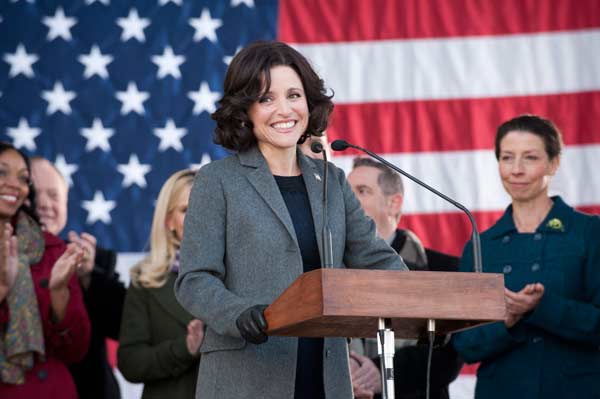 As always, there were a number of calamities that sprang up during the episode to add a bit of commentary. “The empty rubbish and the trash piling up is a metaphor for when there is gridlock. The American Constitution only works when there’s collaboration and compromise. When you have people in power refusing to collaborate and compromise, its rubbish. And the rubbish builds up.”

As the disastrous quibbling in Washington piled up for Salina, the episode took a comedicly dark turn as a “some goober got all eaten up by a bear” because the park rangers had been furlough!

Of course, by the end of the episode the shutdown is over and America begins moving steadily towards the next self-inflicted crisis. Gilded by British humor, Salina and her band of bumbling staffers deftly navigate the waters of American politics as they stumble from one disastrous political maneuver to the next.

It is amazing sometimes, how art and life can mimic one another. Veep’s portrayal of a government shutdown was an amusing look forward to a now harsh reality.  “We’re not saying this is a prediction. It’s more of saying this is the parallel world of ‘Veep’ and Selina Meyer – see how similar it is to the real world?”

UPDATE: The US government is now open for business as of last night.  But we’ll most likely replay this scenario in January.  Veep season 3 returns in spring 2014!