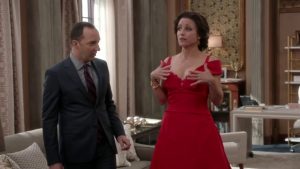 All good things must come to an end. And that means not only HBO’s big fantasy epic but the whip-crack sharp-witted VEEP. Selina Meyer’s political romp will conclude in 2018 after the seventh season. Casey Bloys, president of HBO programming had this to say – “The decision to bring ‘Veep’ to a close at the end of next season is bittersweet. We love the show and everyone involved but respect the producers’ choice to bring Selina Meyer’s journey to its conclusion after an extraordinary run of critical and award-winning acclaim. Julia Louis-Dreyfus’ comedic brilliance infused Selina with a dynamic presence and a vibrant wit which will ensure her a place in the history of television’s most iconic comedic characters. We look forward to producing the seventh and final season.”

Now, the series announced that it was calling it a wrap after one more season before Julia Louis-Dreyfus announced her news that she has breast cancer. It is possible that soon after her diagnosis she told the cast/crew of VEEP that she was cancerous well before she announced it to the public. Regardless of any real reasons for ending the series at least we know that VEEP and its cast, especially Louis-Dreyfus, are walking out on a high note with several awards tucked under their arms.

Regarding Louis-Dreyfus’ health, it is noted that she has already started chemotherapy.  If you want an update on what has been going on with her check out this video from People.com.

Love and support all around and ROAR Julia!

We hope you finish strong with VEEP!