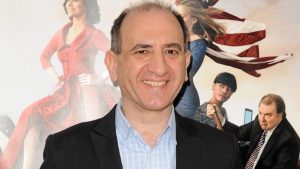 It was Armando Iannucci that brought VEEP to HBO in 2012 as creator, executive producer and writer. He was on hand to see the award-winning show through its first four seasons. VEEP is underway filming its seventh & final season now. Iannucci stepped away from the daily duties in 2015 citing travel and family issues. A born Scotsman he had family and work in the U. K. and the trips to the Washington D. C. area got to be a little much.

However, since he discontinued his tenure at VEEP he still has had a development deal with HBO and that is where AVENUE 5 comes in. Not a lot is known about his new project, but HBO likes it enough to greenlight a pilot to be shot and additional scripts to be written. Really all we know is that it is a space-based comedy. It is set in the future and may be set on a spaceship. Think of the highly crafted wit of VEEP mashed with Fox’s THE ORVILLE.

AVENUE 5, which is being reported as only a working title at this time, would be a unique fit on the schedule for sure. All of HBO’s other half-hour comedy series have been, of course, Earth-based, but also have been big urban center based as well. have been, of course, Earth based, but also have been big urban center based as well. Think about it, many of the current and past comedies have played out in places like New York, Los Angeles, San Francisco, Miami, and hell, even Detroit. To take such a series out of this world on a ship that might only share the name of one of those terrestrial locales might be fresh and different. Again, we the intelligence of Iannucci behind it the series could be loads of fun.

The pilot is expected to film in London in 2018, so we will have to wait to see if it ever goes to series. This writer hopes so. How about you?