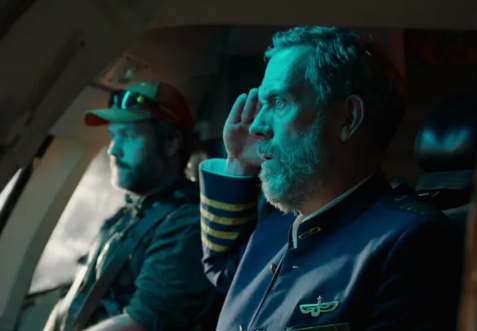 “Seven people just stupid themselves to death”.  Engineer Billie McEvoy is indeed correct with her assessment. In this penultimate episode, seven people earned the universal Darwin award for thinking that they were in a simulation; succumbing to a quick but grotesque death by freezing when departing the Avenue 5 via an airlock. “Eight Arms But No Hands”, is the season finale of the HBO space comedy, and it is memorable for all the right reasons.  Avenue 5 has hit its stride. Episodes 6, 7, and the finale’ have unleashed Iannucci and the writer’s full potential.

As the passengers and crew of the ill-fated vessel continue on their extended journey, preparations are being made to jettison excess items to put the vessel back on its original course. However, to complete this daunting task, public relations guy Matt, must be found to obtain the new code to the airlocks. Matt is guilt-ridden, for he inadvertently enticed 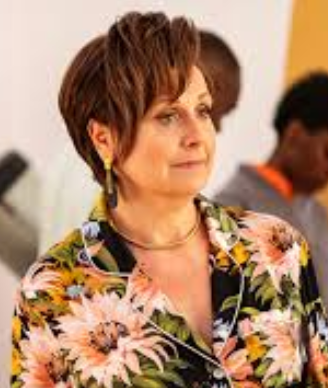 the seven Darwin award-winners to question their reality. When Matt cannot be located, it is presumed that he is suicidal. Although still upset, Matt is found and gives the code 000005. Everyone is vexed that they could have figured out the code, with Matt explaining that 000005 was easy enough for rational people to crack but difficult enough for irrational people to overthink. Armed with the codes, Karen the self-appointed spokeswoman, orders the excess debris to be jettisoned into the void of space. Albeit from the wrong side. Karen picked the port side of the ship because it was convenient, yet the debris ejection was meant to push the ship on a faster trajectory, not force an entirely new course yet again. What is the new ETA to Earth you might ask?  Eight years.  As Matt sarcastically stated, “that is longer than ‘The Beatles’ were together, and longer than the ‘Seven Years War’”.

The aforementioned is the craftsmanship that I expected of Avenue 5; a myriad of characters in extraordinary situations, making equally smart and dumb decisions based off of their egos, and not logic. In the midst of all of the chaos, the once annoying constantly arguing couple has a moment of genuine care and concern when they passionately urge the other to depart the two passenger shuttle when ground control lead Rav Mulcair docks with the Avenue 5.  After a musical chairs-ish game of who gets to ride the shuttle back to Earth, Iris inadvertently becomes the passenger after the unfunny and rather selfish standup comedian attempts to hitch a ride. The all-seeing ‘iris’ of Iris Kimura will now have to lend her cold but effective skills to keeping order from terra firma. 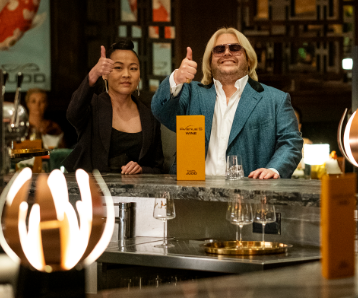 The finale’ was an effective blend of turmoil and shenanigans, effectively evoking that dark-comedy atmosphere that is indicative of half-hour HBO outings. As I have stated throughout my portion of the reviews, Veep is one of my all-time favorite comedies, however, it took a full season to show its full potential. Characters outside of the already fully developed Captain Clark and Billie McEvoy are becoming memorable and not mere caricatures now. Sure the self-absorbed billionaire Mr. Judd is a rich douchebag, but as the series progresses, it is abundantly clear that this rich douchebag simply provides a service for equally pretentious persons to flaunt their wealth. Could Karen not have stuck to the plan to jettison the debris from the mathematically determined ejection point? Could the others onboard have questioned why the jettison point was changed?  Could Judd have had life vessels onboard the Avenue 5, versus all of his pointless statues of himself that took up space for said vessels?  Although Captain Ryan is not a real Captain, he is a sound orator, make logical decisions, and has the competent Billie at his side. This dynamic duo is the current only hope for the Avenue 5, possibly saving for Rav Mulcair, who escaped Earth to not be fed to an angry mob of protestors.

If Avenue 5 continues to hit high marks like its last few episodes, then HBO will have another benchmark half-hour of programming in its mix. Are you looking forward to more journeys onboard the ill-fated Avenue 5? ‘Set you phasers to fun” when the series returns for a Season 2 next year.