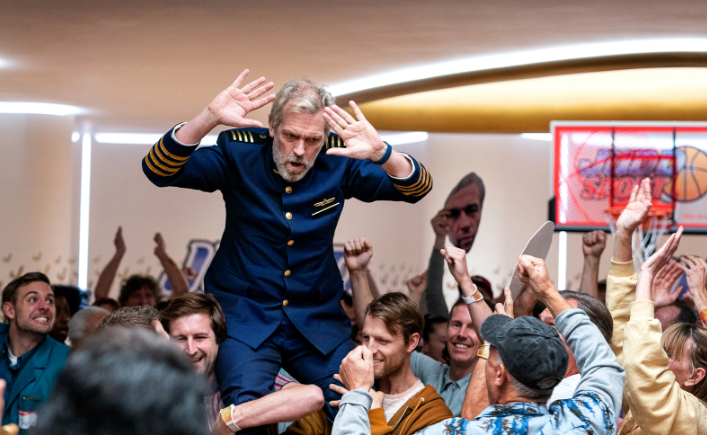 Well, that was really stupid, wasn’t it, but then again, it is supposed to be stupid. That’s my gut reaction to episode 5 right there. But I guess I am required to explain more. Interestingly, this episode hit me differently than most. Usually, I just trust how the show was written and where it takes us but I can’t say that was the case with “Let’s Play With Matches.”

First, we are offered a passenger’s revolt. the agita had been building up with the guests and now it’s reached its apex. Mishap after mishap and poor leadership from Capt. Clark isn’t seating well. I thought that that revolt could have played out longer. I thought we’d see the uprising play out to the end when Ryan would finally rally to save the day upon the conclusion. But, instead, that revolt lasted all of ten minutes. Okay, so now what. Oh! Due to some assertive persons, the passengers opt to usurp the leadership and Ryan Clark is dethroned.

That also proved unexpected and interesting. But that led my mind racing yet again. Who should take command of the ship? In the running were people like the charismatic cannibal, Karen Kelly (Rebecca Front), who was booed out of the running in about two seconds, and her husband Frank (solely because he thought he was popular onboard). Hmm, did they place the cannibal character on board just so he’d become the captain? He was the frontrunner in the polls for a long time. Even Matt Spencer (Zach Woods) and Rav Mulcair (Niki Amuka-Bird) were in the running and they were pretty clueless. But then Iris Kimura (Suzy Nakamura and Billie McEvoy (Lenora Critchlow), the two headstrong women onboard were in the running. 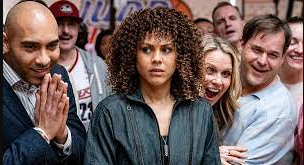 With them in the running, my mind raced again. Imagine what would happen if either one of these two were able to captain the vessel. Yes, Iris should rule with an iron fist, no, wait, Billie and her ingenuity should win the day. Arghhhh! But by then the half-hour was wrapping up. Who is the new Captain of Avenue 5? Well, none of these people became the leader. In the end, Ryan Clark becomes captain as a proxy for the real winner of the race – the onscreen Captain Clark from the streaming show! Well, scratch my head in disbelief, my mind was racing to other more fun conclusions than that! With that resolved, I guess, more danger looms for Avenue 5 as The Office of the Other President back on Earth decides to just scrap the doomed Avenue 5 and launches a missile to obliterate it. Of course, they do.

Just a trio of episodes to go. Back next week for more AVENUE 5. Find it on HBO & HBO Max.