Julia Louis Dreyfus and Bill Hader are slipping into their characters once again for HBO. Here are some fun facts about the returning shows VEEP and BARRY. They are holding down Sunday nights starting in March. 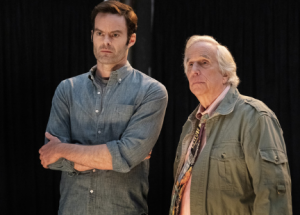 This dark comedy stars Emmy winner Bill Hader as a depressed, low-rent hitman from the Midwest. Lonely and dissatisfied in his life, he reluctantly travels to Los Angeles to execute a hit on an aspiring actor. Barry follows his “mark” into an acting class and ends up finding an accepting community in a group of eager hopefuls within the LA theater scene. Barry wants to start a new life as an actor but his criminal past won’t let him walk away – can he find a way to balance both worlds? Season one credits: Stephen Root, Sarah Goldberg, Glenn Fleshler, Anthony Carrigan and Emmy winner Henry Winkler also star. The series was created, executive produced and written by Bill Hader and Alec Berg. The second season begins Sunday, March 31 @ 10:00pm.

There is no big news about the plot yet, but we did want you to mark your calendar as not to miss this award-winning comedy that NPR calls “The best new comedy on television.” Here is a look at one of the great relationships of  Season Two:

It is just a laugh riot when Bill Hader and Anthony Carrigan get together!

VEEP: It is going to be great, but alas, it is going to be the final season! Selina Meyer, the former vice president and president, is looking to get back to the Oval Office. Can she shake off years of flubs and scandals? The Emmy-winning comedy series VEEP kicks off its seven-episode, seventh and final season 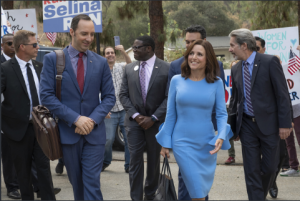 SUNDAY, MARCH 31 (10:30-11:00pm), exclusively on HBO. The show stars Emmy and Screen Actors Guild Award winner Julia Louis-Dreyfus as Selina Meyer, who is hitting the campaign trail as she runs for president.

Fans of HBO comedy series don’t want to miss either of these shows. They are acclaimed and hilarious and they anchor the HBO series in March/April. More details, we hope, in the upcoming “What’s On” post.