With a 2-year gap and an absence from one Emmy ceremony, will VEEP’s comeback with its final season continue to sweep the awards? 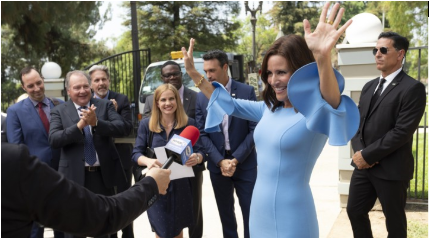 VEEP first premiered back in 2012. It’s one of HBO’s longest-running comedies ever and it quickly became one of their most valuable and acclaimed assets. The Emmys sure recognized this from the beginning. While VEEP hadn’t won the Outstanding Comedy Series award until its third season (but since then it won every year, except for 2018 when there wasn’t a season that year), one thing was for sure: Julia Louis-Dreyfus was killing it on the awards. Since VEEP’s debut on the Emmys, Julia Louis-Dreyfus, starting from Seinfeld, won every single “Outstanding Lead Actress in a Comedy Series” award, on each and every season of VEEP.

Needless to say, VEEP was a fan favorite and also an Emmy favorite: Besides the Outstanding Comedy and Outstanding Actress, the show has won a variety of awards, like Supporting Actor (Tony Hale), Casting, Writing and more. But the big question is: with a 2-year gap, an absence from one ceremony and some new players on the field – will it continue to sweep all the big comedy awards this year, on its final round? 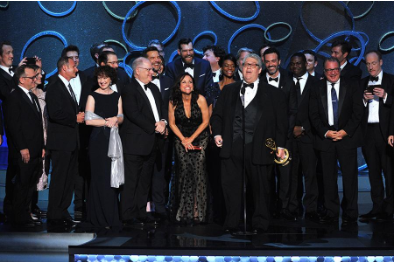 Let’s look at the 2018 Emmys, where, remember, there was no VEEP that season. Last year the big players were  Amazon’s Marvelous Mrs. Maisel and HBO’s Barry, with a big emphasis on the Amazon show. While Barry did win the Lead Actor and Supporting Actor awards (Bill Hader, Henry Winkler respectively), …Maisel won every other comedy award: Writing, Directing, Lead Actress, Supporting Actress and Comedy Series. Well, this year VEEP is back in the game and…Maisel had a second season. It is nominated once again for all the awards it won last year. So did …Maisel win in 2018 only for the lack of VEEP  or is it the new Emmy favorite? Or, will Barry’s second season, that was considered better than the first, win big this time? Some even say that Fleabag is the big contender this year. All remains to be seen. 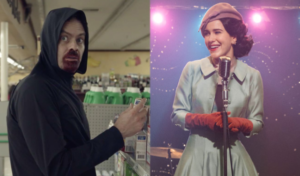 What’s certain this year is that the comedy category is hot, And HBO’s has two of the biggest names there. What I personally think? I think that while VEEP’s final season was funny and is just always good, Barry was stronger this year. Its second season was incredibly outstanding. Also, VEEP was trying to be too “real-life” political this year, with hints towards the 2020 elections, and I don’t fancy that. What’s more, Barry is nominated for Writing and Directing for Season Two, episode 5  “ronny/lily”, that was a very special episode, and is both directed and co-written by Bill Hader himself, so if it wins, he wins, and I would really like that.

So, what do you think of the contenders? Does VEEP go out with a win? Does Barry perhaps take top comedy honors or another show altogether?