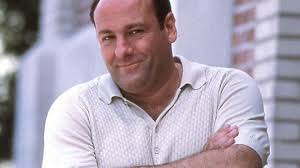 HBO and a number of colleagues just cannot let the memory of James Gandolfini go. Do you include yourself in that group? On Sunday, 12.22 at 8:30pm HBO will air a half-hour tribute to Mr. G. In this special presentation, JAMES GANDOLFINI: TRIBUTE TO A FRIEND, more than two dozen friends and co-workers remember the three-time Emmy winner, who died 06.19.13 at age 51. Along with first-person reflections, the special features clips of Gandolfini’s work, as well as behind-the-scenes footage.

Surely some of the cast of THE SOPRANOS will be present and some clips from the show will be seen. VEEP’s Julia Loius-Dreyfus may also be present as she just appeared with him on the big screen in Enough Said. Incidentally, there is talk of James getting nominated for a posthumous Oscar for his performance in that movie.  HBOWatch will review the tribute this coming week. Check back.