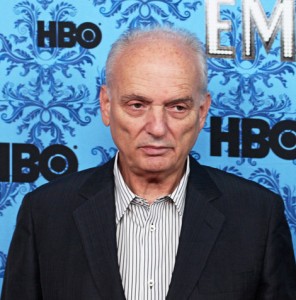 One of our go-to sources at HBOWatch is Deadline who recently snagged an interview with THE SOPRANOS creator David Chase. Below we lift some interesting points from that Q & A along with a link to read it in its entirety.

One of the best points we gleaned from it is that Chase is still planning to return to HBO with RIBBON OF DREAMS. We announced that possibility way back on 07.31.15. It will be about the early years of the Hollywood. Below what he said to Deadline regarding it.

DEADLINE: You’re now doing A Ribbon Of Dreams with them. Is it a limited series?

CHASE: It’s limited. Their idea for doing it is to have it be three two-hour nights. I’m just getting to the end of the writing process.

DEADLINE: Do you have an eye towards when you might start?

CHASE: No. They’re going to have to read like 500 pages and decide. We’re going right to the end. It was reported as kind of a history of Hollywood which it really is not, or at least that’s not what it morphed into. I decided that we didn’t really need a fictitious history of Hollywood because there’s so many real documentaries that you could never capture the scope in a scripted piece. But it’s really about three people who go through their lives in Hollywood and Hollywood isn’t the backdrop, it’s actually the environment and it doesn’t cover everything about Hollywood that ever happened.

CHASE: (Laughs) Right now it goes from 1915 to the present day in six hours. Clearly there’s some things left out.

Then the direction turned towards his iconic series The Rockford Files…I mean THE SOPRANOS which helped make HBO the success it is today. Deadline ventured into prequel considerations.

DEADLINE: What about the idea of a Sopranos prequel?

CHASE: I’ve had people talk to me about that. I’ve had conversations with some movie studios that want to do it as a film. So far I’ve rejected the idea but I certainly wouldn’t do it as a television show. I’m always disinclined to say, “No I’ll never do it.” But I think I’ll never do it. I’m disinclined to say that because I don’t want my thinking to be constrained. I’ve said it from the beginning: If I had a really good idea and I thought it could be really entertaining and it wouldn’t upset what was done I might do it. But so far…

That doesn’t sound like a venture he is willing to take and I don’t blame him. You? And you know they had to ask about the finale, right? People don’t seem to get enough buzz about that fade to black. Here is how that played out: 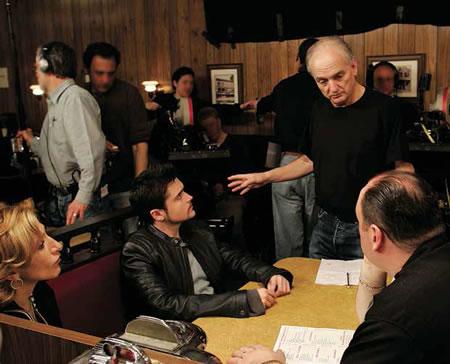 DEADLINE: For The Sopranos, is it true that you shot three different endings?

CHASE: No. there was another fake ending that we shot where, I forget what it was… Tony goes back to the Ba Da Bing and has an argument with Silvio or something. Well, it couldn’t have been Silvio because he was in the in the hospital. Well, anyway, it was a fake ending that we shot just to throw people off. This was when we had people trying to invade and get our scripts.

DEADLINE: Did the finale ultimately come out how you wanted it?

CHASE: Yeah, pretty much; nothing ever comes out exactly as you want it but pretty much so.

DEADLINE: Did you know if from the beginning?

CHASE: Not from the beginning but pretty fairly early on I had some kind of a notion that it would end like that. There was an alternative but it kind of had the same feel, just didn’t happen in a restaurant.

DEADLINE: Are you still happy with it? Would you change anything?

CHASE: I am yes. I expected it to cause… I mean, it’s hard to go back to those days but the show was like, I don’t know, sometimes I can’t believe it ever happened — the show was like a moonshot, a dreadnought. It was incredible and everything about it was analyzed and talked about. Anybody who wrote articles about it, any subject, it was, “Oh Tony Soprano would say…,” or “This was a Sopranoesque moment in life.” So I knew there would be some conversation about it, but I never knew it would be like that.

DEADLINE: Does it surprise you that you’re still talking about it today?

CHASE: (Laughs) You’re talking about it. 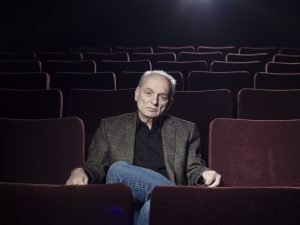 DEADLINE: But you’re answering. You could say, ‘I’m done.’

What a shame he couldn’t or wouldn’t remember that fake ending.  In any case, it  was nice to read the interview. Here is that promised link. We look forward to his return and hope it is in 2017.