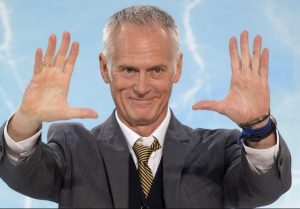 The Soprano saga moves closer to the big cinematic screen with Alan Taylor being signed on as the director of THE MANY SAINTS OF NEWARK. If you recall from this post we told you that THE SOPRANOS creator, David Chase, and partner Lawrence Konner had written a prequel to the famed HBO series. The characters we are likely to see the younger versions of in the movie would be the likes of Tony’s paternal uncle Corrado “Junior” Soprano (Dominic Chianese), his mother Olivia “Livia” Pollio Soprano, (Nancy Marchand), Giovanni Francis “Johnny Boy” Soprano (Joseph Siravo), Tony’s father and crime boss Carmine Lupertazzi (Tony Lip) of NYC and Domenico Ercoli DiMeo, his New Jersey equivalent. We will surely discover how they rose to power.

And getting to helm that story is Alan Taylor who is no stranger to HBO. He directed 7 episodes of GAME OF THRONES. Those episodes were 2011’s Baelor and Fire And Blood, 2012’s The North Remembers, The Night Lands, The Prince of Winterfell and Valar Morghulis and from 2017, Beyond The Wall. He also directed S1:5Ep5 of BOARDWALK EMPIRE; S1:Ep1, S1:Ep2, S2:Ep1 and S2Ep2 of BORED TO DEATH; and S1:Ep4, S2:Ep4 of DEADWOOD. If that weren’t enough he was also a director on 6 episodes of SEX AND THE CITY, 2 episodes of OZ,  2 episodes of ROME  and 1 episode of each of SIX FEET UNDER CARNIVALE, BIG LOVE and IN TREATMENT. However, to top them all he directed 9 episodes of THE SOPRANOS including six of them in the final season alone.

Not only does Taylor have experience behind the camera for HB he has also been up on the big screen with, most recently, Thor: The Dark World and Terminator: Genisys. We look forward to him spinning the tale before him of the Soprano family in THE MANY SAINTS OF NEWARK.