Here we go!  HBO just released the first images of the set with additional details: 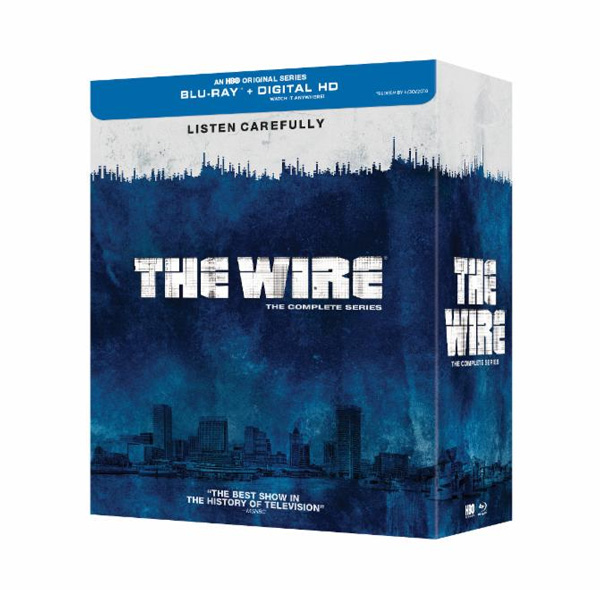 In the six years that have passed since the conclusion of the HBO® series The Wire,  the critically acclaimed drama has turned into a worldwide phenomenon that has been hailed as  “the best show in the history of television” by MSNBC. This summer, the series will make its highly anticipated debut on Blu-ray disc for the very first time.  The 20-disc box set featuring all 60 episodes of the hit series in a stunningly re-mastered 16×9 full-screen HD format is showcased with newly redesigned box art. The Wire: The Complete Series on Blu-ray with Digital HD ($199.99) is loaded with an exciting slate of bonus materials, including four behind-the-scenes documentaries, three prequels that explore life before The Wire, and an all-new cast and crew Q&A from the Paley Center for Media’s The Wire reunion event. The Wire: The Complete Series on Blu-ray with Digital HD will be in stores June 2, 2015 – just in time for Father’s Day and summer binge watching – and is a must-have for all TV connoisseurs!

The Wire depicts an American urban dystopia, framed in our time, in which easy distinctions between good and evil and crime and punishment are challenged at every turn.  In five successive seasons, the series depicts a Baltimore in which institutional prerogatives, economic inequalities and a brutalizing drug war confound the efforts to advance the city and its people.  The series’ first season lays out the futility of the drug war, while the second highlights the deindustrialization and the death of the working class.  The third season introduces the city’s political culture and lays out the forces that stand in the path of actual reform.  The fourth season addresses the educational system and the actual opportunities that remain to coming generations. The fifth and final season examines the media culture and its role in perpetuating the status quo. Amid all of this, carefully drawn characters on both sides of the law and from a variety of Baltimore cultures move forward as best they can, human to a flaw, struggling against a system that seems weighted against civic progress. 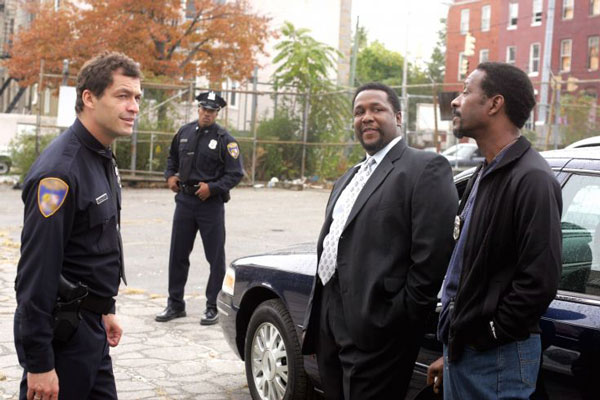 If the comments section of our Wire Blu-Ray release date schedule are any indication, fans of the show have been waiting for this for a loooong time. With the announcement of The Wire HD being broadcast and made available on HBO Go in it’s entirety this year, it was only a matter of time before we heard about the set being released in an amazing set.  Here’s what HBO had to say about the release:

In the six years that have passed since the conclusion of the HBO series The Wire,  the critically acclaimed drama has turned into a worldwide phenomenon that has been hailed as “one of the best and most original series on television in decades” by the New York Times. Now, new and old fans of the series can watch the show like never before thanks to a brand new High-Definition upgrade of all 60 episodes, which will debut in December on HBO Signature and HBO GO. The Wire: The Complete Series will be available to own on Digital HD Monday, January 5, 2015 and on Blu-ray in Summer 2015.

Are you the ultimate fan?  Have you purchased a home in Baltimore just to recreate the magic of The Wire? Mark your calendars for January 5th if you’re into the digital version and “Summer 2015” for the discs.  That’s still a while away if you were hoping for the Blu-Ray but the fact that it’s even on a calendar at this point should be a comfort to fans who’ve been asking for it for years.

Will you be picking up The Wire on Blu-Ray?  You can watch this page for an Amazon pre-order which should be up shortly.