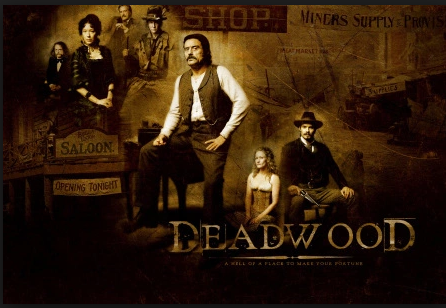 This writer is almost without words because I loved every single frame of film that made up HBO’s DEADWOOD. Even though there was talk over the years it just seemed impossible to assemble enough of the original cast to return to that rough-hewn town in South Dakota. And then all the stars aligned and the project formed into an HBO Film. To prove that it is real and not some fever dream, check out our DEADWOOD news in HBO Classics and the Tease that just dropped to herald the return of Swearengen, Bullock, Calamity Jane, and the rest.

A press release from March 21 states –

In the clip above Sheriff Seth Bullock asks – “What’s the move, Al?” Yeah, just what is ‘the move’? What happens to the denizens of Deadwood on November 2, 1889, when the territory joins the Union as the 39th state? We’ll know when Friday, 05.31 comes around. I’ll be watching, how about you?