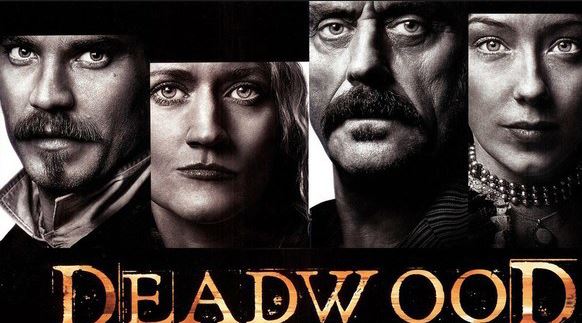 This year’s Television Critics Association conference revealed a plethora of exciting news from Home Box Office. Casey Boys, head of HBO programming, supplied updates ranging from the AT&T merger to the status of new and returning series in the programming pipeline.  Look for HBOWatch to roll out all that news in the days to come.  One of the points that the public is now aware of it that the  Deadwood movie goes into production in October 2018.

This is music to the ears of many longtime HBO watchers. In April 2018, HBOWatch wrote an article https://hbowatch.com/deadwood-movie-inches-closer/ about the network applying for tax credits, which was some hope that a feature-length film was moving forward. Since this particular series prematurely ended over the options in the cast’s contracts in 2006 fans have been starving for more. Since 2006, HBO has had a new CEO and promotions within its elite programming division. Yet, completing the Deadwood story arc was a notion that never vanished. Deadwood series and Game of Thrones alum Daniel Minahan well helm the project, with a script penned by series creator David Milch. 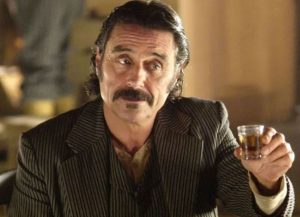 A Little Background on the Series

David Milch’s Deadwood series has everything that fans of the Western could anticipate:  Stagecoaches transporting wealthy patrons, the town drunkard(s), bar fights, gunfights and mounted Calvary.  However, don’t expect one-dimensional “Cowboys & Indians” or showdowns at high-noon scenarios here.  In its three-season run, Deadwood was a study of the unpredictable cycle of order & chaos.  Milch originally envisioned to analyze chaos within ancient Roman Civilization.  HBO knew the veteran writer was up to the task.  However, the BBC had recently partnered with HBO to create Rome, a behemoth British-Italian-American historical drama series that ranks high amongst cable television’s best. Milch needed something different then and Deadwood was born. Set in the titular town of Deadwood, Colorado, we were introduced to multi-faceted fictional and historical characters, which included Wild Bill Hickok and Calamity Jane.  The residents of Deadwood are all vexed and terrified that the U.S Government is forming Deadwood and thousands of surrounding miles of territory into what is now known as Colorado.  This meant heavy regulation and oversight, for a town that is accustomed to levels of lawlessness that was near anarchical in nature. At the heart of it all, of course, was the salty, harsh Al Swearengen!

Why the movie is a Big Deal 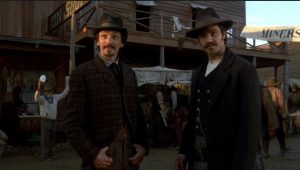 Finality. The third season ended with a spectacular departure (I won’t say what type of exit) of several major players. But viewers were left without any remnant of a cathartic ending, to a high caliber show that deserved closure.  Now that the cast and crew schedules have aligned, and contracts are favorable, the series will go into production when many new fall series are making their debut. With the safe assumption that the Deadwood film will be worth the wait, this will be another addition to the HBO Films repertoire. HBO Films are often centered around tangible plotlines, sometimes taken from actual events.  Although the acclaim, viewership, and accolades are a clear indicator of the HBO Film division’s prowess, Deadwood can potentially be a pleasant variant for viewers to watch during the Saturday at 8pm timeslot.  When the movie is released, it will be a testament to the premium cable channel’s commitment to finish projects.  And this is a long-awaited event in the pipeline, that was completed without the full influence of AT&T.  And if the new parent company remains true to their word of maintaining quality and getting projects into timely production, formerly shelved/prematurely discontinued top-tier projects (Rome, Carnivale’) could be resurrected, and encapsulated with a feature-length film.  This is speculation nonetheless, but the Deadwood film announcement has this HBOWatch reviewer optimistic for more good news.

Is it good news for you also that all the stars have aligned for Deadwood once again?