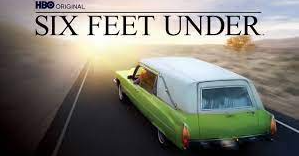 I seemed to have missed this bit of news, but it looks like HBO’s Six Feet Under has more life in it. Now, to me, and many others I gather, the interest in this all depends if the new iteration is a sequel, remake, or reboot. The announcement has been made but all details are far too vague to say for certain.

Sources say, even though no writers or showrunners are lined up, that original series creator/producer Alan Ball and his team have agreed to consider the notion. Does that mean that Ball approached HBO with a thought to revive it or did HBO, off the successes of continuing the SEX AND THE CITY and THE SOPRANOS properties, ask Ball to consider the return of his popular HBO title also? Don’t forget Alan Ball’s TRUE BLOOD also has a potential rebirth in the works.

Well, SIX FEET UNDER does not need a remake of the Fisher family’s story that is for sure. Clearly, just a fresh remake of the show is not warranted as this series stands as an acclaimed work on its own. It reaped all kinds of accolades and is cited as one of TV’s best series. On top of that, the series had a perfect all-tied-up- 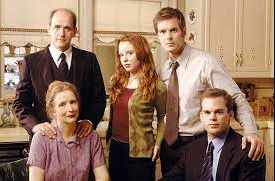 So, how about a sequel? Are there more stories to tell of the original Fisher family? Peter Krause, Michael C. Hall, Frances Conroy, Lauren Ambrose and Richard Jenkins played them in the original, but could writers still find stories to tell about the exploits around their L. A. funeral home? There is a gap of years in between the bulk of the series and its final episode. Could the original cast return to fill in that timespan?  How about the likelihood of a reboot? Will a production be manned that creates a new family of funeral directors just flying under the banner of SIX FEET UNDER, yet sharing the same tone and style of the original series?

Whatever they do, we can only hope Alan Ball and company treat this project with delicate care as a funeral director would do with someone’s dearly departed loved one, as SIX FEET UNDER, as we know it, is truly a beloved HBO classic.