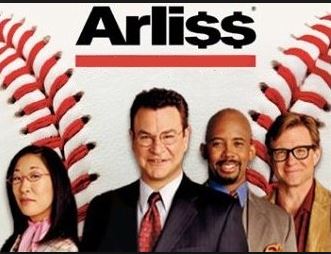 Straight via a press release comes the announcement that ARLI$$ returns to HBO! No, it is not a remake or even a return for Robert Wuhl, but a return of the original 1996 – 2002 comedy series. If you haven’t seen it, you should because it plays out quite differently from BALLERS which shares a common topic – the sports scene.

Here are the details:

Starting September 14, all seven seasons of Arli$$ will be available to stream on HBO NOW, HBO GO and HBO On Demand. The 1996 comedy series is a behind-the-scenes look at the world of professional sports. Starring, written by and executive produced by actor and comedian Robert Wuhl, the show blurs the line between fact and fiction, combining narrative storylines with true events and guest appearances by celebrities. In addition to Wuhl, Arli$$ features Sandra Oh (Killing Eve, Grey’s Anatomy) as Rita Wu, Jim Turner (Bewitched) as Kirby Carlisle and Michael Boatman (Spin City) as Stanley Babson.

Arli$$, which ran on HBO from 1996 to 2002, follows the whirling-dervish life of a superagent who flirts with disaster as he seeks to squeeze maximum profit from the glory of sports. Eternally optimistic and endlessly resourceful, Arliss Michaels is a high-powered Los Angeles sports agent whose Achilles’ heel is his inability to say “no” to clients and employees. Beset by demanding corporate sponsors, unsentimental team owners and media sharks, this wheeler-dealer has a knack for finding solutions to seemingly hopeless problems — however unscrupulous the means.

Season One kicked off in 1996 with eleven episodes beginning with “A Man of Our Times” in which sports agent Arliss Michaels juggles the requests of his clients while taking in the honors of being nominated a Man of the Year award. Season Two saw ten episodes beginning with “A Full-Service Agency” as Arliss aids a baseball player off his game due to his wife’s infidelities. Season Three offered thirteen episodes the summer of ’98. The lead episode was “The Family Trust” with Arliss and company dealing with issues with a hockey player Luc Cassoulet and NBA star 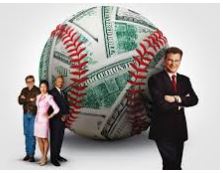 Dewayne Troy. By season’s end, the company gets sued by a client. The episode “Cause and Effect” led Season Four which totaled twelve episodes. The season starts with Arliss getting bad medical news and fears the worst which, of course, it isn’t. By season’s end, Arliss gets a complete makeover to get him into a fifth season.

Season Five had thirteen episodes starting with “Making Things Happen.” Hypnotism plays in the episode which included trying to suggest a baseball player quit chewing tobacco. Yeah, right.  By that season’s end, Arliss’ brother gets caught in a scam. Season Six, with a total of ten episodes, begins with the domestic woes of a tennis pro in “Setting Precedents.” The series finally concludes with the eleven episodes of Season Seven. It starts with “The Immortal” featuring a cameo by Yogi Berra and ends with “All That Glitters.”

In the mood for an HBO Classic? Seek out ARLI$$. Yeah, it is dated, but it is fun.