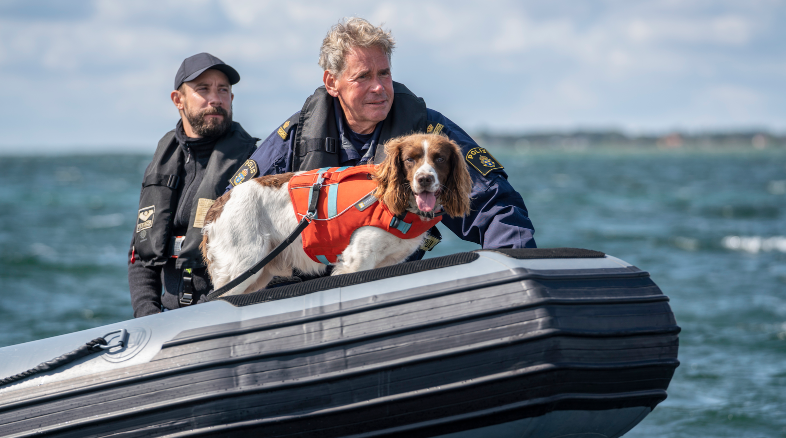 We are very much within the depths of the investigation in the fourth episode. With the backing of nearby police departments, the Amager, Denmark search team scours the area for the head and limbs of the slain journalist of our story. Detective Møller and the Chief Prosecutor go over scenarios where a conviction is attempted without a definitive cause of death. Playing the story from the perspective defense’s point-of-view, there are many loopholes where the accused could get a lesser charge than manslaughter, and possibly walk free. Regarding the latter outcome, hung juries and the judge throwing out the case for lack of evidence, are certain possibilities and they are unacceptable. The remains must be recovered. 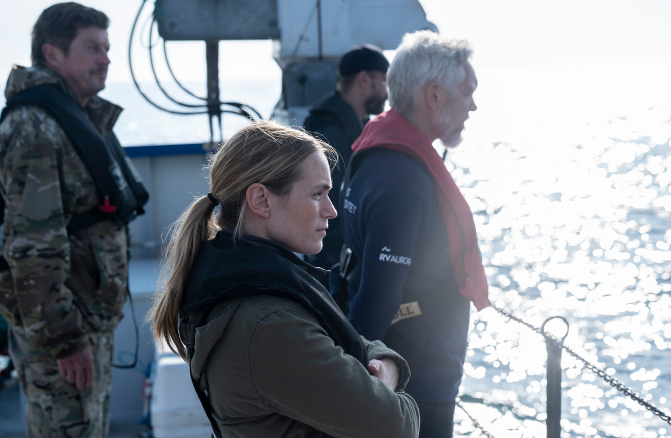 Montages are now cliché story-telling elements within film and television. However, Tobias Lindholm’s pacing and blocking of his actor’s reactions to the situation give justification to the storytelling tool here, or so I think. We see weary rescuers searching and researching an area that the cadaver dog reacted to because of the scent they are trained to seek out. After several hours of searching the said area, some begin to question the accuracy of the dog’s senses.  The challenge of recovering evidence has been the centerpiece of The Investigation, here in episode four the main challenge is for the investigative team to not collapse under the tension. Reconsidering the circumstances, the team focuses their attention on the direction of the current and not the wind.  This shifts the location to a new area that 1,280 meters away from the original search area.  Over the course of several more exhaustive hours, divers recover plastic bags with human remains.

In addition to the plastic bags, soil samples from the seabed from which the remains were extracted are sent to the forensics lab for analysis. The results are not what the coroner and detectives expected. There was no damage to the skull. The cause of death cannot be determined. A case with an ambiguous determination of death due to such extreme circumstances is not ‘open & shut’ and ‘black and white’ as the public often perceives.  The Investigation avoids hyperbole and spectacle and embraces methodology and tactics.  This honors the attempt of justice for the victim, due process for the accused, and recognition of the investigators, forensics, and search teams involved.

The Investigation returns Monday at 10PM ET to address the new troubles of the case.