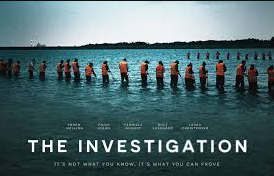 THE INVESTIGATION is one of the big dramas of the month for HBO. It is based on a true crime story out of Denmark.  On August 10, 2017, Swedish freelance journalist Kim Wall boarded the midget submarine UC3 Nautilus, in Køge Bugt, Denmark, with the intent of interviewing its owner, Danish entrepreneur Peter Madsen. She was reported missing after Nautilus failed to return to port at  Refshaleøen, Copenhagen. The submarine was found sunken the following morning and Madsen was arrested upon being rescued from the water. An interesting case developed as a result and it plays out on HBO’s sites and the channel for six episodes beginning MONDAY, FEBRUARY 01 at 10:00pm.

As a precursor to this work here is excerpts from an HBO Q & A with Tobias Lindholm (pictured), Writer, Director and Executive Producer of HBO Europe’s THE INVESTIGATION. The biggest takeaway here is that this limited series is entitled what it is for a very strong reason. 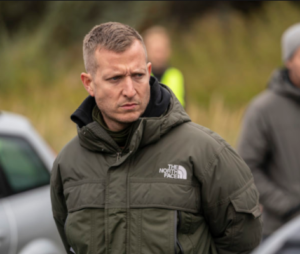 HBO: The ‘submarine case’ as it was known in the press, made headlines all over Europe and, of course, was on the front pages in Denmark. You must have been aware of it at the time?

Tobias Lindholm: I remember that it started in the press as a story about two people missing in a homebuilt submarine. And then suddenly one of the people returned and the submarine sank and now it became a story about a missing young woman. Then the story and speculations about motives and what had happened, started to grow and I got full of it quite fast. I did not want to participate in the collective hysteria almost celebrating or, at least, extremely fascinated by this man who maybe had killed an innocent woman. And so, I turned my back on it. I remember there were parents at my children’s kindergarten at that time who would suggest – because they knew I was a filmmaker – that this story could be a great movie. And I remember answering, ‘no, it won’t, I think it’s a terrible story. It has nothing new to add. It is not worth telling. There is nothing we can learn from it.’ So that was my point of view and I turned my back on it. I remember again when the trial started there was a lot of media coverage. It became almost like it was a sports event, you know, ‘1-0 for the prosecution, nice opening…’ It was so strange, and I again decided not to pay attention. So that was it until I was introduced to Jens Møller.

HBO: And did you change your mind about making a drama based on the submarine case at that first meeting?

TL: It started to give me a different perspective because we talked about all of his work and we ended up talking about the submarine case and of course I knew some things from the press, but I realised that I was wrongly informed. I really didn’t know anything, and he would correct everything that I said about it. So, we talked a bit more and he started to tell me stories from that work, not secret stuff, but just as a human being going through that. He told me stories about (Kim Wall’s parents) Ingrid and Joachim and the strength of these people and he me told about Swedish ‘corpse dogs’ that could sniff a corpse underwater and he told me about scientists who knew all about the currents in the water surrounding Denmark and how with science and mathematics they could figure out where to search and he told me about young divers that spent months underwater trying to find evidence and suddenly I realised that this story that was hijacked by a fascination with the darkness and the crime… that maybe within that contained a story about life, about a system that worked, about a society that works, about people doing difficult but necessary jobs on behalf of all of us. And Jens told about being strong, as strong as Ingrid and Joachim were, and he talked about the price that these people in service paid to do their job and I realised that this was not a story a story about an interesting or fascinating perpetrator, it was a story about a Danish system, a Swedish system, that worked and a story about human strength and that started at that first meeting. And after that meeting I rode home on my bike and I just couldn’t get it out of my mind. So, I called him and asked him to meet me for another cup of coffee.

HBO: You’ve talked about some of the media coverage and the sensationalised way the case was covered. So, let’s talk about your very different approach. For example, you don’t start the series with a recreation of what may have happened on the submarine and you don’t, at any point, name the accused. What was your thinking? 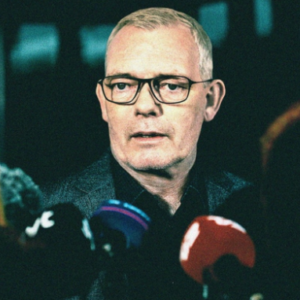 TL: Talking to Jens (pictured) led me on to the idea of making a naturalistic procedural drama. So, I decided that we would start the story about the missing submarine the first time Jens heard about it, which was on the radio on that first morning. And then he went to his office and he briefly heard about a missing submarine and the biggest fear was that two people were suffocated because they had run out of oxygen. So, the logic was, ‘let’s just see this from Jens’ perspective. And that led me on to trying to analyse what the genre dictates. A new genre has arrived in the last ten years which has been given the fascinating name, ‘true crime’ and I realised that true crime in its nature is, of course, obsessed with the crime, it is ‘true crime.’ So, I thought to myself ‘what if we invented a new genre called ‘true investigation?’ Where we don’t really talk so much about the crime, but we talk about the investigation and we go into what that is. And it all came from one of my favourite scenes– the ‘fuck you’ scene in The Wire. Two detectives are in an apartment mapping out how a shooting happened, procedurally, step-by-step, without saying anything but ‘fuck you…’ ‘fuck me…’ and just ‘fuck…’ and I’ve been obsessed with that scene in the way that many of my generation have. And I realised that was the way to go – instead of trying to recreate anything, instead of being fascinated with the crime itself, was to focus on the investigation. And therefore, the title, The Investigation. It is kind of dry, but I wanted to be honest, this is not about the submarine case, this is about The Investigation.

HBO: It was important to you that Kim Wall is remembered as a journalist doing her job and not as a victim?

TL: Definitely. Normally these stories would have an anonymous female victim of a male sexual predator – we’ve heard that story so many times before – but Kim was a journalist and she died doing her job and I think that was necessary to get that out there. That story had not been introduced in the Danish and the international press. The press were much more obsessed with the perpetrator, as the crime genre always is. And I did not want to reproduce that cliché. 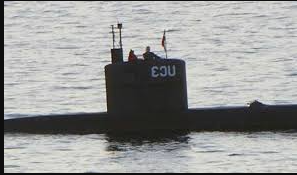 Thus, we get THE INVESTIGATION. It is about the process of dealing with crime seen through the example of the ‘submarine case’ and thus the work’s title. Find the Q & A here in its entirety and if you really want to deep dive, as it were, seek out the Podcasts. The first one is included here. Join HBO Watch as we explore THE INVESTIGATION, now on HBO, HBO Max and the HBO channel.