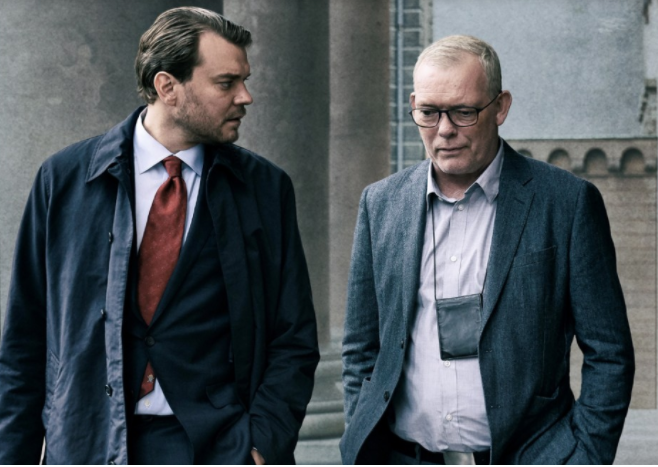 Western societies often adopt Latin phrases into their judicial systems, due to the influence of the ancient Roman legal system. “In Dubio Pro Reo”, a legal term defined as ‘a defendant may not be convicted by the court when doubts about his or her guilt remain’, also serves as the title of this finale of The Investigation. The lead investigator Møller and his team have yet to find a cause of death and motive for the death of the journalist aboard the submarine. Despite having recovered the severed body and a detained suspect who constantly changes his story, the team cannot prove that the death was not accidental.

Exhausted prosecutor Jakob Buch-Jepsen informs the more drained investigative team that the suspect may go free. This causes severe friction between the coroner and Møller. Møller insists that something has been overlooked, and the coroner accuses Møller of wanting to contrive a story that conveys a guilty narrative just to quickly close the case. In a near three-decade law enforcement career, Møller has never had such a taxing case. The Investigation is neither a ‘who-done-it’ nor a ‘why-they-did it’, but rather a study of the human condition. This Swedish series acknowledges that the immorality of the world can only be combated by relentless moral actions. The team is back at square one, but not defeated. 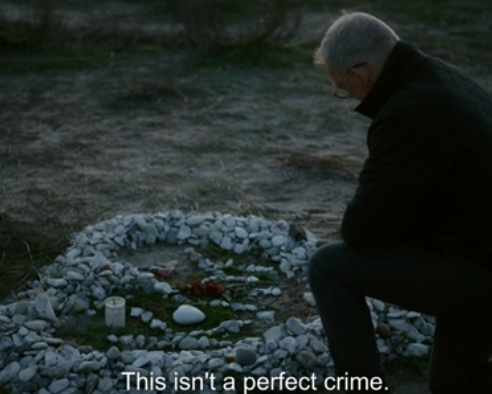 Refusing to let a culprit go unscathed for a sloppy and remorseless crime, detective Maibritt Porse mulls over the case file for several hours. A detail involving time is re-analyzed and reveals that the killer’s reasoning and timespan dismembering the body is indicative of murder, and not the work of someone attempting to give an at-sea burial for a victim of accidental death. It was relentless detective and search/rescue work that uncovered the evidence. There were no sudden confessions or surprise witnesses.

Some may find The Investigation too linear in its storytelling, and too lean in its dramatic sequences.  Yet, the series’ purpose from day one of the investigation was to honor the legacy of the deceased by presenting the tireless efforts of the legal authorities. Scenes involving the accused interrogated for hours in a cold brightly lit room would have embellished the ego of a calloused and sociopathic individual. Kim Isabel Fredrika Wall’s name and picture are shown upon conclusion of the finale’ Say her name, not her killer’s name.