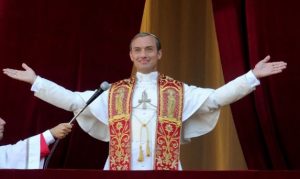 We all knew the strong possibility, due to all the buzz and acclaim that Paolo Sorrentino was going to follow up THE YOUNG POPE with some more papal exploits. What we didn’t know was it was not going to be a continuation of Pope Pius XIII’s story. Instead, the same themes will be explored by THE NEW POPE instead.

That does not mean that Pope Pius or Lenny Balardo (Jude Law) … if you prefer won’t appear in the continuation, but the focus seems to be the next modern Catholic figurehead instead. Perhaps Lenny will be the new Pope’s senior advisor, like Cardinal Michael Spencer (James Cromwell) was to him. But, Law is not surprised by the direction the concept has taken. He told Variety –

It wasn’t that I wrapped it up assuming that I was done with it but I went in, we went in, to make a 10-hour film, and we did that. To say that there wasn’t room for more, I’d have been foolhardy. But it was clear from the get-go that we thought this is a great character and it’s a great world that he’s created here. But yeah, I didn’t go in thinking I’ll be doing this for the next 10 years. 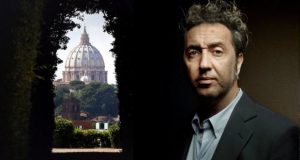 Whatever the direction of the piece the same production team is in place. Once again, Paolo Sorrentino will produce, write and direct the work. Also with a writing credit is Umberto Contarello. Also producing are Lorenzo Mieli and Mario Gianani for Wildside in co-production with Mediapro. Just like its predecessor, it will be managed between Sky Atlantic, Canal + and HBO.

We will keep a close eye on this one as Sorrentino weaves an intriguing story wrapped in a cool stylized look and feel. Filming is said to take place in Italy in 2018 so we have quite a wait.