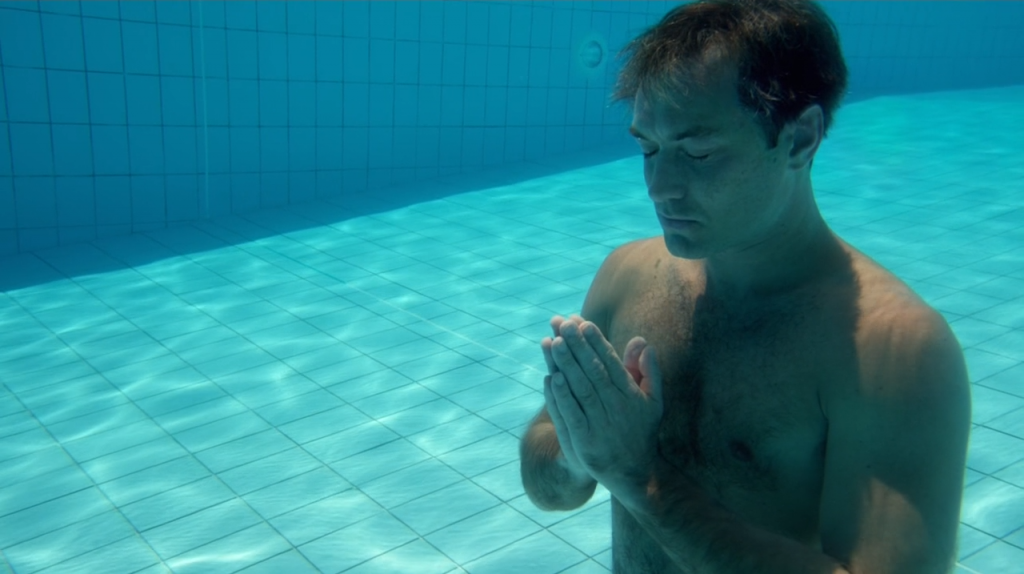 The holy (though truly unholy) ascension that Pope Pius XIII has vehemently and murderously fought for has come to a truly disturbing yet beautifully fitting climax in “Episode Eight.” By now, we are well aware that anything and everything Lenny does is entirely self-serving, masquerading God as his mask and taking brutal control of the Vatican with unfathomable self-indulgence. Additionally, forces continue to conspire against him at the Vatican, because clearly no good has become of Lenny becoming a dangerously self-centered bigot who outlaws abortion and homosexuality, lacking humanity and continuing to remain an unseen shadow. Side note: Let us also pay tribute to our fallen angel, the beautiful Australian kangaroo, found killed on a flight of stairs. Politics at the Vatican seem to result in the killings of beautiful creatures and I do not support this.

“Episode Eight” is best seen as comprised of two parts: The first, conspiring drama brewing in the Vatican along with Lenny refusing all proposals brought to him, followed by the second part, Lenny showing complete hypocrisy resulting in an awkward trip to Africa to show he isn’t the worst guy. So far, he’s not fooling anyone. Lenny has been a firm believer that detachment from society will result in curiosity from the outside world. It has been stated clearly and repeatedly to him that this is not the case and churches are becoming vacant, but in his twisted mind, he likely believes this is a good thing. The Pope believes only those who are truly dedicated and fanatical in their faith, who deserve to be part of the church, and it has become clear he does not care whether this exists for anyone other than himself. The Pope has clearly struggled with his own faith throughout the series, and many times, his prayers seem forced and petty. The politics and the social structure in The Young Pope are incredibly timely, but I’ll leave that up to personal interpretation and belief. 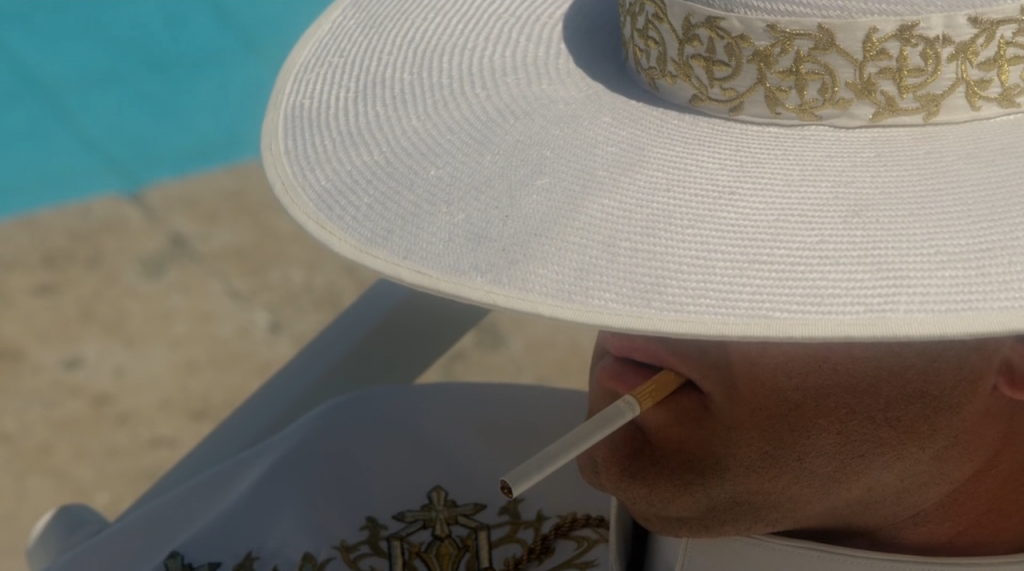 It comes as no surprise that Pope Pius XIII refused to resign and has agreed to conform to the needs of the Vatican as little as possible. He is an entirely self-serving individual, making it hard to take seriously the statements he makes in confession regarding guilt over Dussolier’s death. However, we do see glimpses of his humanity emerge during his expedition in Africa. For example, during his speech in Africa—in which The Pope, of course, is absence and speaks a microphone—he states, “We are all guilty of war and death. Always.” He also implores them to be “guilty of peace.” A nice touch to this segment was a callback in which The Pope integrated a section of the speech Voiello had written for his first address to the public. Africa is depicted in a gorgeous and disturbing manner, juxtaposing whimsy through music and dancing with the stark realism of poverty and military dictatorship. There is a passive poetry in this, and it is depicted in immaculate fashion. This lasts until the episode’s final scenes, in which everything goes psychotically haywire. 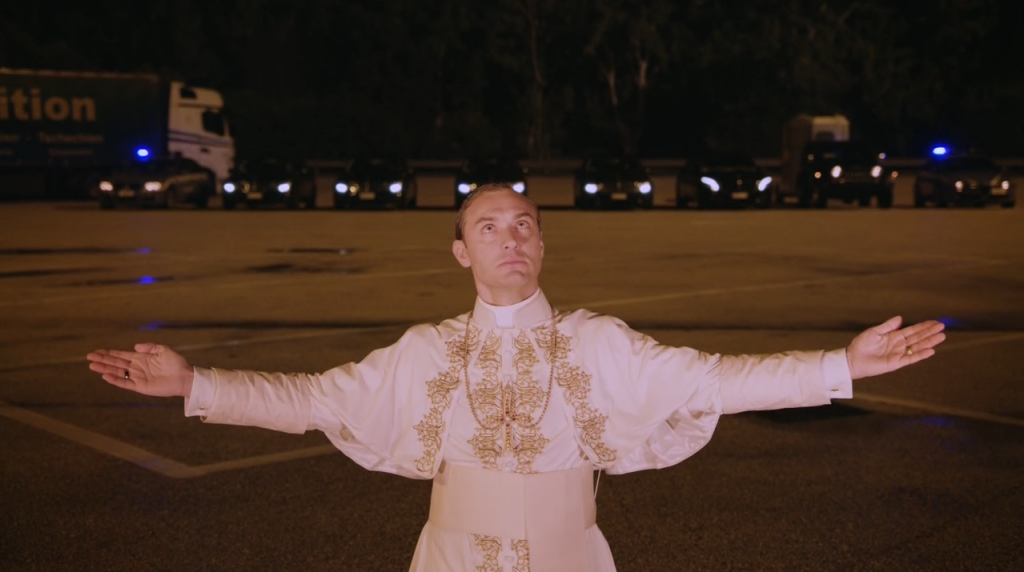 The murder of Sister Antonia with poisoned water was left as an ambiguous tease of what The Young Pope is capable of. Coupled with The Pope’s iconic final segment of surrender to the police, The Young Pope is at its darkest and most gripping. I’m sure we can all agree Pope Pius XIII deserves everything coming his way but can get himself out of any situation, and how he does so is always marvelously macabre.