It’s a miracle: Pope Pius comes out of his coma! Of course, if you’re religious, it is a “miracle.” If you believe in science and modern medicine, you’ll look to the fact: Pius was not old, in pretty good shape and therefore, it’s realistic to predict that he’d come out of it. Pius XIII is quietly released from the hospital and under the confidential care of Dr. Lindegard. How convenient: Dr. Lindegard’s wife looks at this as an opportunity. She fervently believes that Pius is the second coming of Jesus Christ and feels that another miracle could take place. The Lindegards have a son who is severely incapacitated, and Mrs. L. feels that this is what they’ve been waiting for, this is the opportunity for their son to be completely cured of his disabilities. We all know that it’s not going to happen. What a lot of people don’t know (because they haven’t experienced it firsthand) is when you have a child with special needs, there is such a grieving process and there’s pent up anger, blame and depression. I’ve seen this firsthand with friends who have children with special needs. It takes a toll on you every single 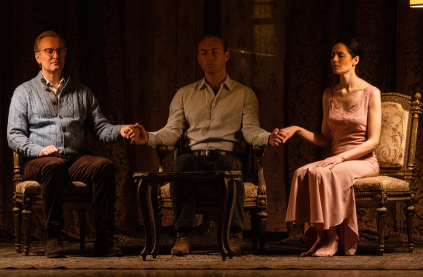 day – financially, personally and emotionally. It creates stress within your relationship with your spouse or partner. People look to anything, to anyone, in the hopes that a cure or a miracle will take place. Sadly, it’s not to be. Pius tells the troubled couple to pray for their son.

Another horrifying terrorist attack takes place, this time at St. Peter’s Basilica, and it’s awful. To make matters worse, Pope John Paul III’s dog is killed (too many of us, our pets are an extension of our families) but that’s not the worst part of it. It is vaguely implied that Faisal (the guy who was having a clandestine relationship with one of the Nuns) had something to do with the attack. As for the former Pope, Pius XIII, it seems that his fame is waning. His followers, or a percentage of them, aren’t really that devoted. Remember Esther? Guess who’s been in Rome and keeping busy, so to speak? She’s just had a bad turn of events. First, sleeping with men who are disabled and lonely for money, then breaking it off with her asshole boyfriend Fabiano, (pimp is what I’d call him) and then stirring up religious fervor in Rome against the Pope. From bad, to worse and into the frying pan – she’s just a hapless creature, I suppose. 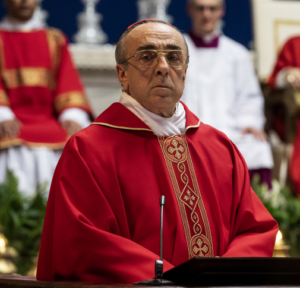 Voiello is keeping an eye on people and plants seeds of discontent. He’s in cahoots with Bauer and finds out the Pius has come out of his coma. The lesser of two evils, Pope John Paul III is better for the Vatican (read: he can suppress church scandals whereas Pius wouldn’t) and Voiello skillfully hints that if there could be a future terrorist attack, and that Francis II’s death was caused by someone very high up. Someone is to blame for it, although no one would dare suggest or point the finger, but the mastermind behind his death is Pius XIII. This man is one of the most ruthless and power-hungry monsters in the series. His lies know no boundaries and he will say and do whatever he wants if it’s to his benefit. John Paul III and Pius have enemies at every turn. Who knew being Pontiff could turn out to be such a hazardous career?

Pope John Paul III gets some stunning news from Sofia. Having gone to the Alps for quiet time and reflection, John Paul III is shocked to see pictures of himself (in his much younger days as a rebellious punk rocker) and they’ve been published to Vanity Fair magazine. He doesn’t have to worry about the pictures being a poor reflection on his reputation because the public sympathizes with him. We were all young once and sometimes, we made dumb decisions and bad fashion or music choices. John Paul III tells Sofia the truth of how his twin brother, Adam, died: Adam had a horrendous skiing accident and John Paul was so intoxicated on heroin, that he wasn’t capable of reason, let alone saving his brother’s life. Imagine bearing that burden for the rest of your life. No wonder why his parents despise him.  It all leads up to the final episode of THE NEW POPE. 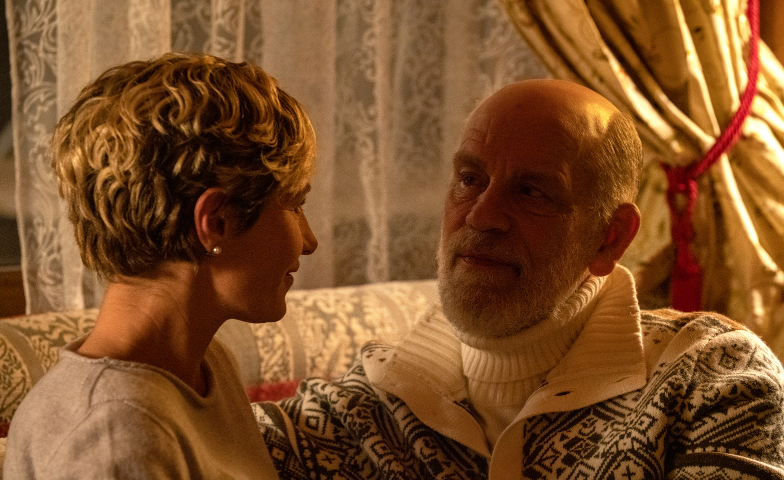