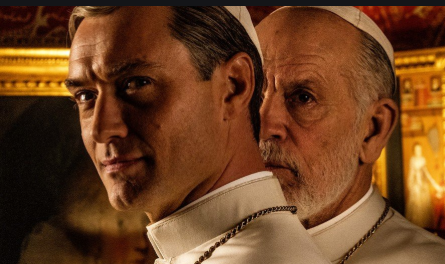 The New Pope, created and directed by Paolo Sorrentino for Sky Atlantic, HBO and Canal+ is a continuation of the 2016 series The Young Pope, originally announced as its second season. The nine-episode series ran January – March 2020  on HBO.

Continuing where The Young Pope leaves off, we find in The New Pope that Pope Lenny (Jude Law) is out of commission, so to speak. A heart attack has left him comatose and in the wake of this news, Rome must appoint a new Pope. Of course, with an official appointed to such a high position of power, there are those who seek to control the candidate. The first candidate, is quickly elected – one who actually gets some stuff done – he spends time with the poor monks, puts the cardinals in their place and actually opens the Vatican to refugees and sells off items from the Holy See to charity. All in all, not a terrible choice.

Cardinal Voiello (Silvio Orlando, returning for his role)  helped to put the candidate on the papal 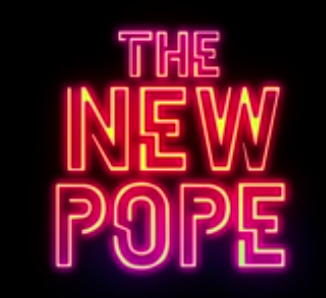 throne and now has second thoughts. Another candidate is put forth –Cardinal Viglietti as Pope Francis II– as a puppet who can easily be manipulated from behind. Once Vigietti assumes power, it goes downhill and fast. There is more to this guy than meets the eye – once thought of as easy to manipulate, he has a few ulterior motives of his own. Wanting to crack down on excess and set an example to the world that Cardinals should also be modest, Francis uses insider information to his advantage in order to hold on to his appointed power.

An unsettling thing comes to light with the Cardinals, as Cardinal Voiello’s true sinister nature surfaces. Fixers are people that come into a high-powered situation in order to render certain solutions – we’ve heard of this in political arrays, but it also happens in the Church. Fixers “fix” things but also creates loose ends. Francis II has a heart attack. The Church has long been the subject of scandals – and they are in sore need of a Pope who has the steely nerve to navigate some choppy waters. That is a position that is micromanaged, judged and under a pressure cooker. Who would take it willingly?

Sir John Brannox (John Malkovich), an oddball choice, born to wealthy parents who despise him – but a man who had success in bringing Anglicans over to the Catholic faith wants a shot at it. Sir John is not without family issues; he had a twin brother who died; his parents grieve for their dead son while hating the living one. Almost like a Cain and Abel scenario – except John did not murder his brother but his parents 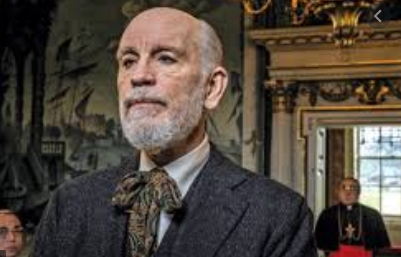 absolutely loathe John. Must’ve been a barrel of laughs growing up in the huge stately home devoid of affection. The papal team sent to meet Sir John end up having some sort of crisis of conscience. they have their own internal turmoils; Cardinal Assente (Maurizio Lombardi) attempts to come on to Cardinal Gutierrez (Javier Cámara). Um, didn’t y’all get the memo about forbidden relationships? On that note, Sofia, the attractive PR woman for the Vatican, has quite the salacious sexual lifestyle depicted throughout the episode as well. It’s a bit unsettling to watch. Scandal is rampant!

Sir John has a decision to make and one that requires much thought – how many people are squired for the top spot in the Catholic Church? Of course, we all know what his answer will be but for now, Sir John has an audience (and as a former stage actor) knows how to command attention, control the situation and how to keep them waiting.