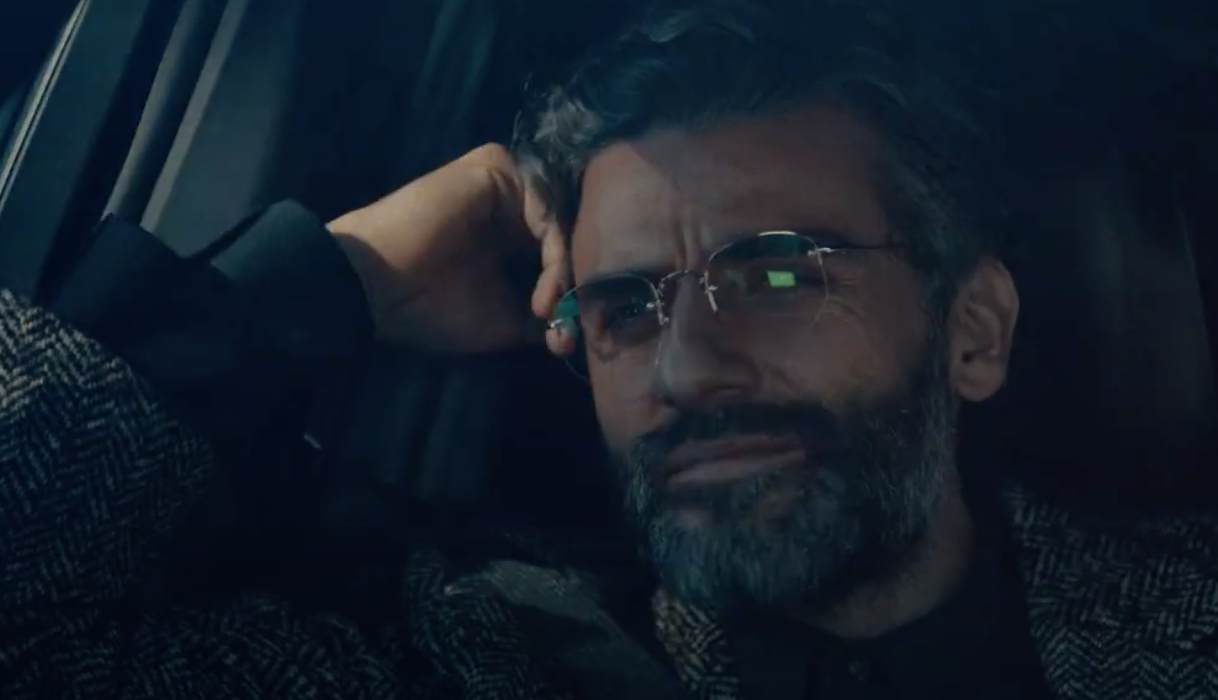 The finale of Scenes from a Marriage is here, and it gave me some feelings…not good ones either. While I’ve gotten used to some peeks behind the scenes when the episode opens, there was none this time. Instead, we open on Jonathan (Oscar Isaac) at his father’s funeral. Not entirely sure how their funereal traditions work, but it sounds like he’s been gone for a little while and Jonathan has been around the family. Jon has some strain in his relationship with his mother (Tovah Feldshuh) and likely the religious upbringing has something to do with that. He comments on the emotions of the situation attempting to elicit a certain response, though gives himself away.  Jonathan’s perception of his parent’s marriage is not what their marriage was, certainly not to his mother.  Considering you were not one of the participants, how do you know how they loved each other or how they communicated?  “Get divorced, fine. But don’t lie to yourself.” And for as much as he is confronted with not understanding how his mother loved his father, he admits something similar to Mira later on but more on that in a minute. The casting of Tovah was brilliant, even if we hardly get to see her. She brings the perfect stern, maternal voice that Jonathan needs. And boy, does he need it. 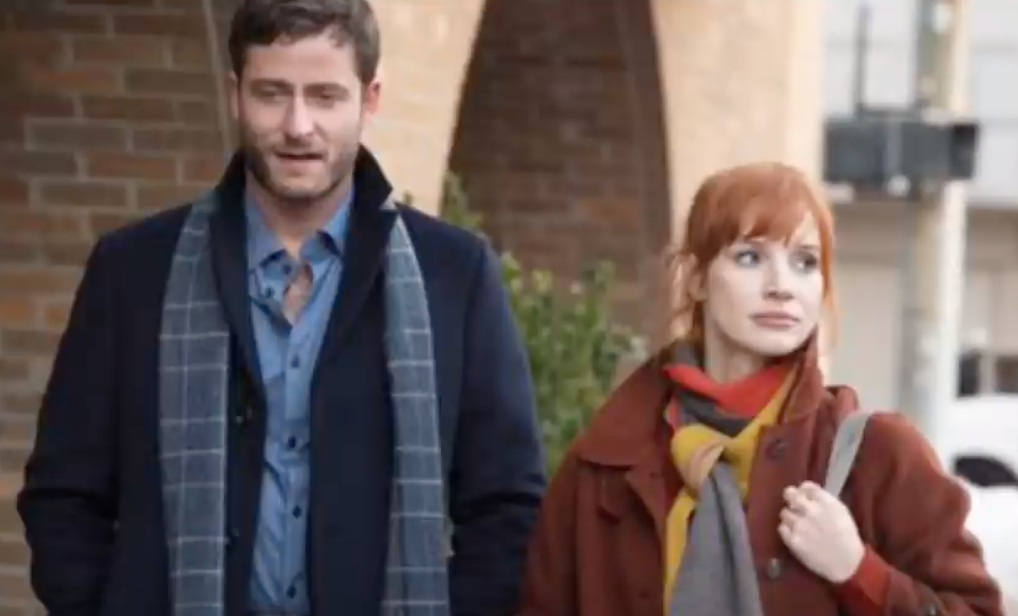 Pivoting to Mira (Jessica Chastain), we finally get to see Poli (Michael Aloni) and hints at what could have been. He’s getting involved in a start-up and wants her. Everything about the whole scene was an amazing reflection of who Mira used to be and who she is now.  Past Mira would have argued with him. Past Mira would have taken the time to make her point and prove to him she isn’t seeing anyone. New Mira doesn’t care nor has the time. Poli tries to get her to admit who she’s seeing.  Well, technically, she’s not seeing anyone, though he doesn’t believe her. How quickly he turns nasty was perfection because I know women have dealt with that over and over and over and over. But, she also does pretty much lie to him. Because she does have plans already and even though she doesn’t like getting a sitter on Ava’s days with her, she has one; you’re just not important enough Poli, sorry. 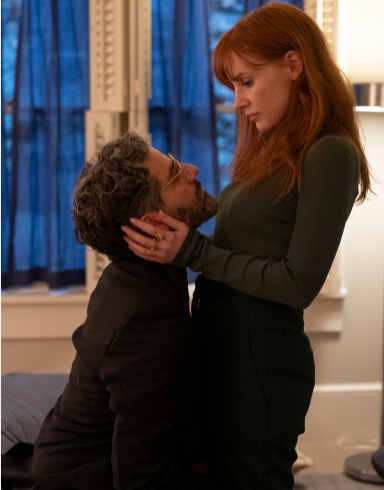 Mira picks up Jonathan from the airport, clearly a little antsy and excited.  But he’s the one with a surprise for her –  an Airbnb visit and time away for the two of them. It’s clear over the time that’s passed that these two could never actually give up on each other.  They’ve both continued to evolve on their own, but their threads have never been fully separated.  And to be fair, sharing a child, their lives can’t ever be completely separated.  But it’s weird being back in the house again, even if they have already been fucking again. Or at least did once when she visited him right after he lost his father. They’re both content in their own ways so coming together now in the old house feels different.  They are different people in a different house.  Mira is no longer pulled between marriage and work.  She doesn’t have that awful job anymore. She’s happy being single, possible genetics contributing of course.  Jon no longer steeps himself in moral superiority, in fact, quite the opposite. I wasn’t his biggest fan when the show started and he kept talking over Mira during the interview, but I’m actively hating who he chose to become.  Cheating is shitty anyway, but to have such a casual attitude about it that even one-night stands don’t count in your brain as cheating…that’s disgusting. And I bet your spouse would feel differently. Making excuses because you didn’t want to get married but wanted a kid still makes you an asshole, Jon. Just because you tell Mira you love Jane (Daniella Rabbani) in your own way like your mother loved your father in her own way doesn’t excuse you being a dick. If you suspect you’re gonna get divorced anyway and you’re already fucking other people, what are you waiting for? Honestly?!  You’re not scared of it anymore, right?  Because now you’ve been through it, so spare Jane the humiliation. You’ll never love anyone the way you loved Mira, right?  So just end it already. 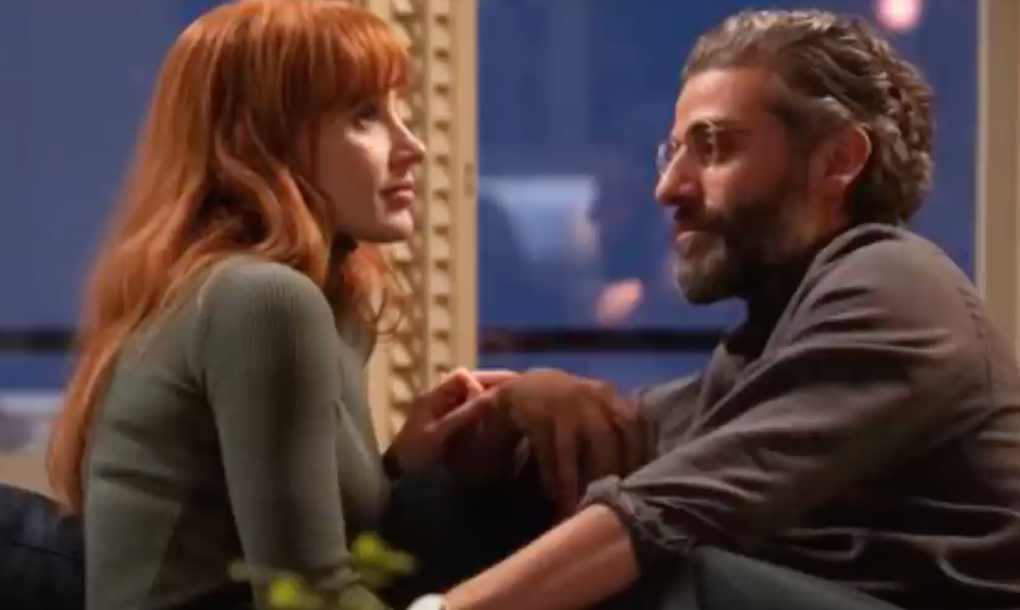 And indeed, it’s the ending where we are given the last peek behind the scenes. Watching Chastain and Issac walk off set, wrapped in each other’s arms as good friends often do. Eventually, they make their way and separate at their own dressing rooms. I’m certain I’ll watch the original at some point soon, desiring to see how things were different and what was changed. The chemistry between Isaac and Chastain was probably my favorite part of the whole series, attributed to decades-long friendship and solid talent for both of them. Closing with this last thought on their characters I wonder, does either of these two have a solo path ahead? Can they truly separate away from each other or will every future love have an impossible standard to mark against? Something in me expects these two having something between them forever, even if they have other partners. Because even if it would be in their best interests, they’ll never actually quit on each other and the love they had.