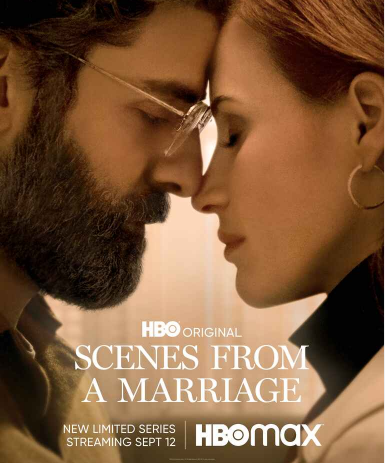 We open with Oscar Isaac seamlessly transitioning into a putzing, somewhat anxious Jonathan who is awaiting Mira’s (Jessica Chastain) arrival. They fall into familiar banter and old patterns, just like Jonathan preparing Shabbat dinner.  Sometimes, especially when we get introspective, we reconnect to past things we used to do. It can be good; I just got back into Lego. It can be bad like Jonathan’s smoking. But also for Jonathan, it’s preparing Shabbat even if it’s just for him and Ava (Sophia Kopera). And while he’s in therapy and reconnecting to some of his past, he’s certainly not clinging to others. He’s redecorating, the truest way of taking control of a space. But also bunking in the downstairs with Ava. I can imagine a house like that would feel too big after everything. Mira’s mention of the high-rise and hiring a decorator hardly impressed me. I mean, I get it. You’re a girl boss! But you really don’t care about what your space looks like? Why such attachment issues? Or do you really just work that much? Work is precisely why she’s arrived to talk to Jonathan.

An offer, though part of me is certain she’s already accepted it, to run a department in London. They of course see this from entirely different perspectives and I have to wonder what Mira’s endgame was. She can’t have truly believed he’d let her take Ava, and yet Mira had to know he’d probably want her to share custody in some capacity. But Mira’s having a rough go of it, reconnecting to her own past according to Jonathan and her patterns. That whole scene reminded me of my partner and the times he’ll point out something similar especially negative stuff. “Remember how you were when you were worked up about that?  Well, it turned out okay…” and Jonathan is reading the room. And to the room from his journal. It was always a question of whether sparks would fly again, but also wondering what would happen when they did.

It’s been a year since separating and she seemed pretty adamant that she wasn’t attracted to him like that anymore. Or could things no longer be paradise in the high-rise? Regardless, these two play the “will they, won’t they” game for a while until the illusion comes crashing down. When Mira is confronted with the reality of Jonathan’s new attachment, she shifts gears. Mira’s emotional whiplash is impressive, especially on Chastain’s part. Jon-boy’s playing it cool considering how badly he wants to try and fix things. Do they both want to fix things? They’re both playing it close to the vest regarding Poli until all is revealed. I can’t help but wonder what will happen next. I’m definitely planning to watch the original at some point for comparison, but I’m so far entranced by the chemistry between these two phenomenal actors and what they bring to the screen.