I’m not wasting time on an intro here, let’s get to it. 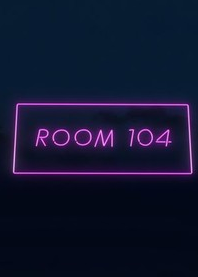 A couple hoping to conceive makes a video of their emotionally-charged night for their future child.

People were a bit shocked to see lesbian sex play on SALLY4EVER the other week and now ROOM 104 has pushed the envelope as well with this seventh episode of the season. Many a couple has filmed itself for future viewing by the children and it is a sweet gesture, but for this couple, it all turned a little sour. It started off a bit silly, then got quite sexual and then escalated into a fight. These ended up being moments a future child might never want to watch. Here’s what happened.

The couple, played by Onur Tukel & Josephine Decker, have rented the room and plan a romantic evening. The whole episode plays out through the lens of her phone’s camera as they trade off the phone to capture the moment. It all starts with them role-playing. They are being silly as they create a scenario to get them in the mood. He even has her go back outside and come in again as they 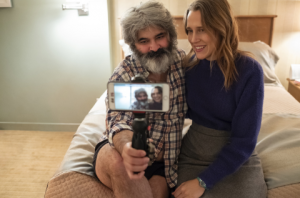 attempt to get excited. Her role, however, just isn’t doing anything for him so they switch out and he role plays. It seems to be doing the trick as they end up on the bed and end up quite naked.

She isn’t quite happy with the situation because even though they told their future child about the mechanics of the sex they were about to have he crossed a boundary by trying to film the act. She was not too keen on filming the intimacy for their future child to see. He promised he wouldn’t but ended up filming the act anyway. These two actors simulate full-body contact intercourse above the sheets complete with thrusts & grunts. We see her full-frontal nudity, but never his. Perhaps the actor was really in an unfilmable state? The event plays out a bit more graphically as he withdraws and makes a mess. You can see the glistening splatter on her. How about that for pushing the boundary of what to show? That mess launches another fight. He brushes it aside with an apology and the offer to try again later, but the mood is since lost.

Though I have shed light on their intimacy which is quite surprising to see in such detail, even for HBO the former home of REAL SEX, the crux of the plot hinges on the full blown out argument they engage in. Of course, that is the bit of plot I’ll not spoil. But it is nothing weird nor an out of the ordinary argument for a 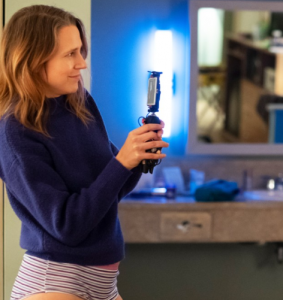 couple to have. The timing sure as hell sucked though.

The result is her dressing and storming out of the room leaving him distraught. But after a few moments, she does return and they weep & expose their fragilities and forgive, heal & bond to the point of trying it again lustfully, like couples often do. I reveal the end to you because it left me to wonder. If you recall in the beginning they were roleplaying as a part of their sexual play. So, was his withdrawal just a teasing move?  Was the argument just continued foreplay? Did they really have hostility towards each other or was a that all part of the roleplaying that worked out successfully for them. If you want to ponder all that then you need to watch the episode. I know what I think happened.

A woman finds herself trapped in increasingly terrifying versions of the same nightmare.

You know right where I am going with this one. It is all about interpreting the nightmare. Of course, no amount of writing will really capture the visual images of this season’s horror episode. I’ve got to write something though so let’s break down just what wracks this poor girl’s mind. 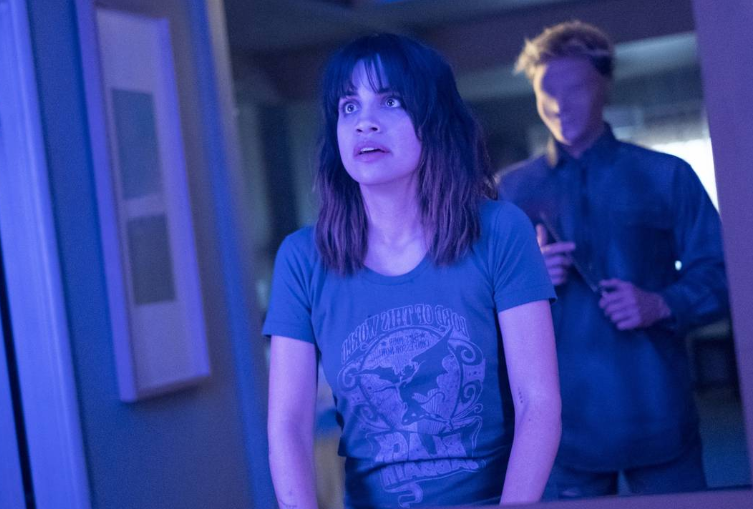 We find our dreamer named Jess, played by Natalie Morales, asleep on the inner bed with the moonlight through the window. She is restless, twitching & grimacing and jolting awake. She slowly gets up & crosses to the sink to splash some water on her face. When she looks up the faceless man, the one in the image above awaits her. Next shot, she sits bolt upright in bed; the clock reads 2:12am. It appears that she is dreaming of waking up startled from a nightmare. She repeats the same sequence again. The scene is filmed the same, shot by shot except the faceless man is not present after she splashes the water on herself. Restless, she turns on the TV to get only static. A picture does start to bleed through and it is of her bare feet and before you know it hands from under the bed grab her feet. Is it the faceless man? We don’t know as she wakes bolting straight up in bed yet again.

The scene changes as she gets up and calls Mom next. But each time she seems to wake from the nightmare and do something normal the moments turns dangerous and scary and she bolts awake yet again & again. The viewer never seems to know when she is really awake or when she is deep in a nightmare. Is this a continuous loop she’s in? It’s now 4:14am. It gets so weird for Jess that at one point, 4:56am to be precise, she sees herself get up from the bed. If talks to her other self and the revelation comes that she can’t “face herself in the daylight.” She likes it in a dark room 104 with her demons. She battles the faceless man, the arms under the bed and even her possessed mother in an attempt to get out of the room.

Does she get out? Can she open the door and step out to freedom? Don’t forget that it is not out of line to ask if it is all is still just a horrible nightmare. You know you won’t get all the answers here. You got to check into Room 104 yourself!