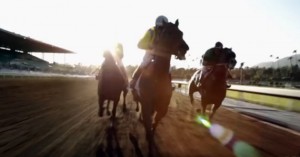 HBO is giving fans a chance to watch the second episode of the new series LUCKSM, starring Dustin Hoffman, a full week early by logging on to HBO GO® from their desktop, iPad® or smart phone.  Beginning SUNDAY, JAN. 29, episode 2 of LUCK will become available on HBO GO simultaneously with the linear premiere of episode 1, which debuts on the HBO main channel at 9:00-10:00 p.m. (ET/PT).  Episode 2 will remain on the HBO GO service throughout the week leading up to its HBO main channel debut on SUNDAY, FEB. 5 (9:00-10:00 p.m. ET/PT), and in perpetuity.  The episode will also be available early on HBO On Demand via select providers.

HBO GO can be accessed at hbogo.com or via the HBO GO app – now available for download on Apple’s iPad®, iPhone® and iPod touch® and numerous smart phones using Google’s Android™ operating system, as well as platforms such as Roku – and is free of charge to HBO subscribers through participating television providers          .