Now I don’t have a .44 magnum pointed at your head or anything, but I still have got to ask the question. Maybe, I should rephrase it to – “do you feel like watching Luck on HBO?” It did have a sneak preview on December 11, but its official premiere is January 29th. Variety has quoted David Milch, series creator, as stating the following:

“The pilot is about a bunch of intersecting lives in the world of horse racing … It’s a subject which has engaged and some might say has compelled me for 50 years. I find it as complicated and engaging a special world as any I’ve ever encountered, not only in what happens in the clubhouse and the grandstand, but also on the backside of the track, where the training is done and where they house the horses.”

It clearly sounds like an interesting milieu to explore. But the question is will you? It certainly seems that a large portion of HBO’s fan-base as of late is in love with the fantastical. Talk on this site and others, including HBO.com, sway towards Game of Thrones and True Blood, even though new episodes are not airing at this time. Meanwhile, other series, like Boardwalk Empire, do not stir up as much discussion especially during their off-season. So, are viewers ready to embrace another series, let alone one based in a real world venue? For those willing to give it a try let me say that I think it may have to grow on you. For one, the characters are surely not as colorful as those from Milch’s Deadwood. I think that right out of the gate, as it were, it might be as if they are running through mud and may take time for this show to hit its stride. 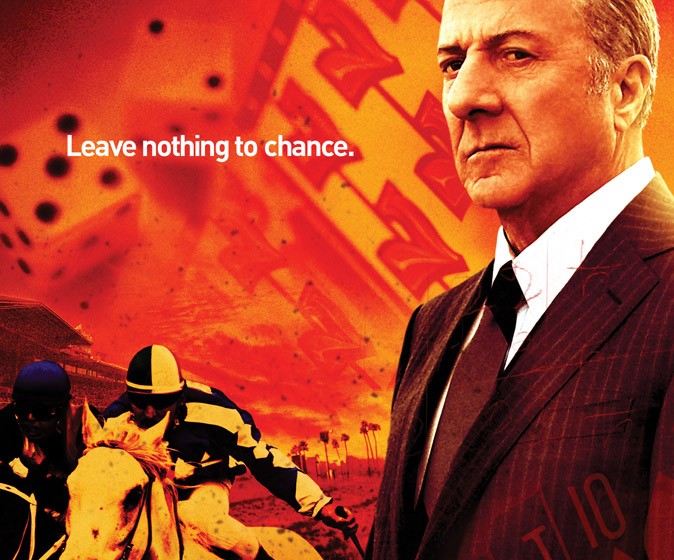 Now, this opinion is only based on the pilot I watched in December, but I found Luck simply to be muddled. In analogy, Treme seemed bogged down too but that was because it moved so slowly through the character’s lives, but Luck is fast-paced; so fast-paced that you are not even sure who all the players are. It is more muddled for the wrong reasons; unintelligent dialog and confusing plot points.  But, it definitely places you right in the thick of horse racing and gambling and done so by actors fit for their parts but in need elocution lessons. I am hoping it will improve over an episode or two. Hey, it is HBO and they have a good track record and loyal fans it seems. Their worse show is still better than most. I do not see where Luck will be a big blockbuster show, but it will draw attention. It is another attempt for the channel to keepinteresting shows before its audience. Is it going to be a lucky hit for HBO?

It is a gamble and HBO is betting it all. Are you willing to place a bet on this dark horse or are you just going to wait for your favorites to show up in April and June? Time will tell.  Luck Premiers January 29th at 9PM on HBO.