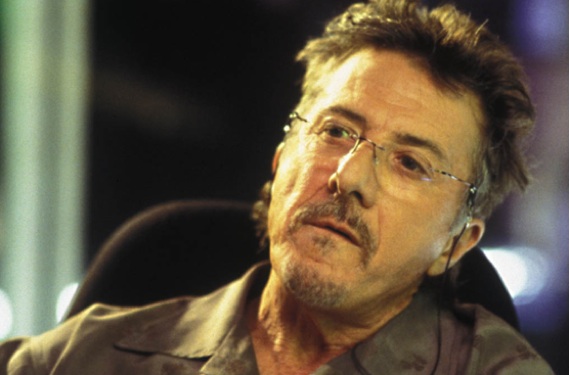 In a recent interview HBO’s Dustin Hoffman discuses his latest project, Luck, his transition to television acting as well as his love for HBO.  Here are some of the highlights from that Lunch with Mr. Hoffman:

“I was in the golden age of Hollywood but we didn’t know it was golden then,” he says. “The big studios were making films that are only being done outside the studio system today. It used to be you would never do TV.” That stigma has gone, he says; these days the only creative risks being taken are in low-budget independent films and on well-financed pay TV networks such as HBO. “They have money, so you’re not rushed to shoot 20 pages [of script] in a day, like you are with normal TV. HBO leave you alone and there’s no censorship. You do the work you want to do.”

The toneof HBO’s Luck, says Hoffman, was set by Mann, who produced the series, and the directors he enlisted for each episode. “He’s an actor’s dream … to get the authenticity that he wants, he asks you to go ‘under’, whereas a lot of directors might ask you to pull the wallpaper down.” I ask him to explain. “He wants the performance to be more like life,” he says. “Actors use the word ‘pushing’ … [but] going under means not pushing to hit a note.”

He continues: “In the theatre, after the third week of rehearsal, you might say, ‘Eureka! I think I’ve found it.’ In the third week of making a movie, if you say, ‘Eureka!’, the director looks at you and says, ‘That’s nice but you have to match the first three weeks.’ You can’t change the character because you’re not shooting sequentially. With Luck, it’s evolving, we’re being led by what we did and we’re discarding what doesn’t work.”

Read the rest of the interview on Slate.