Earnings for Time Warner, parent company of HBO, have come in and it shows a loss for the first quater of 2012. One of the main reasons they were willing o cite was the cancellation of the beleaguered LUCK by David Milch. LUCK reported a loss of $35 millon due to the aprupt cancellation of the show after the death of t 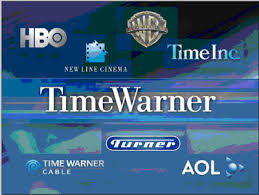 hree horses in three diferent incidences on  set. The $35 millon included the costs of producing and promoting the show, which could not be recouped because of the show’s demise, said Time Time Warner spokesman Keith Cocozza.
The company’s CEO, Jeff Bewkes showed no worry in a quote, of course, stating ” HBO programming is getting even stronger, with fantastic ratings for the second season of Game of Thrones and great critical and popular acclaim for new series like Veep and Girls.” Certainly, HBO is only one small piece of the pie for Time Warner but it is interesting to note how that one unfornunate situation during the production of LUCK took a bite out of HBO. The pay channel cut the series to maintain its integerity & reputation and will continue to uphold that has it takes this loss.
I don’t usually follow the financial news but it looked like a slow news day and I wanted to slip in something so there you go.