TICK…TOCK…Time for some WATCHMEN news. 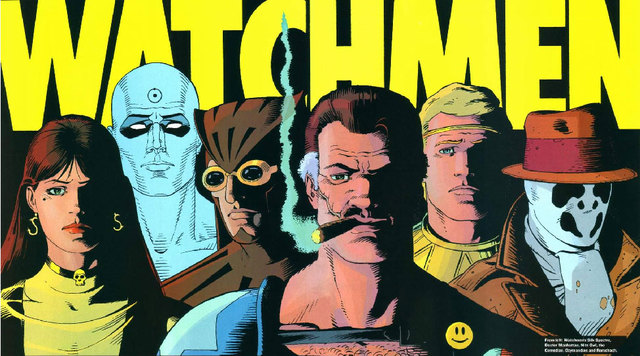 To the relief of many perhaps Damon Lindelof’s treatment of the WATCHMEN series, coming our way October 20, will not disrespect the 12-part graphic novel that is the source material or the even the Zach Snyder movie that followed. That has to be important news for those excited for the series.

It has been stressed already that a detailed knowledge of the lauded comic book by Moore/Gibbons was not going to be required reading to understand the universe the story occupies. Clearly, then the first episodes of the show will get everyone up to speed. It also became quite clear that WATCHMEN was not going to visually retell the source material. There is clarification now from Lindelof himself that the upcoming series will merely tack on to the end of the known story making the series not a reboot, or a retelling but a sequel companion. The story is set three decades after the events in the graphic novel of Moore’s. Most of the iconic characters are apparently dead or in hiding, though a character we suspect is Adrian Veidt, a.k.a. Ozymandias, personified by Jeremy Irons, seems holed up in a mansion. Doctor Manhattan is alluded to be somewhere in the solar system. The focus instead is on a new character, Angela Abar, an Oklahoma police detective (THE LEFTOVERS’ Regina King) with the secret superhero identity of Sister Night. Abar is investigating the reemergence of a white supremacist terrorist group inspired by the long-deceased moral absolutist Rorschach. 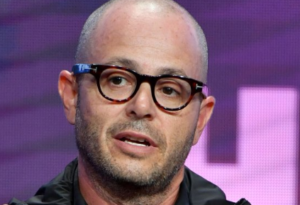 Recently, show creator Lindelof unloaded quite a bit more about the series to EW. Here are excerpts:

EW: You’ve said that the project is not a sequel and not a remake but a “remix” and I think some are confused by that. Can we accept that what happened in the comic/film happened in the past of your world? That if we re-read the graphic novel or watch Snyder’s movie that we have a firm handle on what occurred 30 years ago in this story?

DL: Yes. Look, [the new series] certainly fits into the “sequel” box, and definitely doesn’t fit into the “reboot” box. We treat the original 12 issues as canon. They all happened. We haven’t done any revisionist history, but we can maneuver in between the cracks and crevices and find new stories there. But for all the reasons you just articulated, we wanted to make sure our first episode felt like the beginning of a new story rather than a continuation of an old story. That’s what I think a sequel is — the continuation of an old story.

DL: Fully aware of that, I started to think that for Watchmen maybe the more interesting point is to think about masking and authority and policing as an adjunct to superheroes. In Watchmen, nobody has superpowers — the only super-powered individual is Dr. Manhattan and he’s not currently on the planet. In The Boys, you have superpowered individuals in capes that can shoot lasers out of their eyes and fly around and have feats of strength and turn invisible. Nobody

on Watchmen can do that. So I felt like we wouldn’t be deconstructing the superhero myth because all the characters in Watchmen are just humans who play dress up. It would be more interesting to ask psychological questions about why do people dress up, why is hiding their identity a good idea, and there are interesting themes to explore here when your mask both hides you and shows you at the same time — because your mask is actually a reflection in yourself. What’s the trauma an individual has that goes into the mask they wear? All that felt Watchmen-y to me. Again, these are not original ideas, but ones I thought were timely when we all have these different identities in code now.

Also, the superhero genre always feels like it takes place in New York, Gotham City or Metropolis. And Gotham City and Metropolis are just New York paradigms. So I was like: What does a superhero show look like in Oklahoma? That idea was interesting to me in terms of what it would look and feel like and 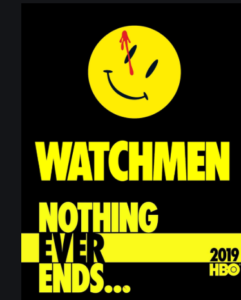 kinds of people we would populate it with. I also just felt that tickle in my gut that was like, Do it here. That tickle has not always steered me right but it is the thing that makes me do the things I do.

EW: I re-read your 2018 Instagram letter to fans about doing a Watchmen series and one line now pops out: “We also intend to revisit the past century of Costumed Adventuring through a surprising yet familiar set of eyes and it’s here we’ll be taking our greatest risk.” Does that refer to the fact that King’s character is an original creation yet the apparent focus of the story? I’m not sure — even after watching the pilot — I know what that means?

Leave a Reply to French guy with better English skills than you. Cancel reply