Lena Dunham (GIRLS) and Jenni Konner (GIRLS EP) are not done at HBO and actress Jennifer Garner (pictured), of Alias fame, is not done with TV as they all team up for a comedy romp called CAMPING for HBO.  The show is a British import that is slated for an eight-episode order. 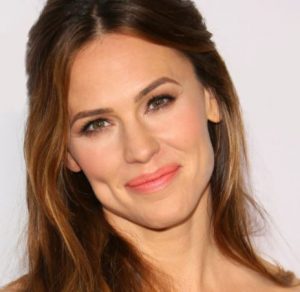 CAMPING, a half-hour comedy shows us Walt, whose 45th birthday was supposed to be a delightful weekend back to nature, at least according to his obsessively organized and aggressively controlling wife Kathryn (Garner). But when the camping trip gathers Kathryn’s meek sister, holier than thou ex-best friend and a free-spirited Tagalong in one place, it becomes a weekend of tested marriages and woman-on-woman crime that won’t soon be forgotten. Plus, bears. The character Kathryn is an L.A. mom who is far less cheerful than her Lululemons imply. She controls the proceedings with an iron grip until she’s faced with a woman who undoes all her best-laid plans.

Dunham & Konner are said to be co-writing and running the series together under their production house A Casual Romance. They say of Garner and her role that it is “messy, tough and provocative and really really fun. We love Jennifer’s restraint and comedic timing, and we can’t wait for the warmth and intelligence she’ll bring to our central character, Kathryn. It’s truly a dream to have her first on our call sheet. Now we just have to write her some stunts.” Production is said to start this spring.

The original British series by Julia Davis, who is also getting producing credit for the U. S. version, ran for one season in 2016. Whether the American version matches the U. K. one script for script is uncertain, but here is a look at the British version to whet your appetite for CAMPING. We will watch how HBO’s version develops.