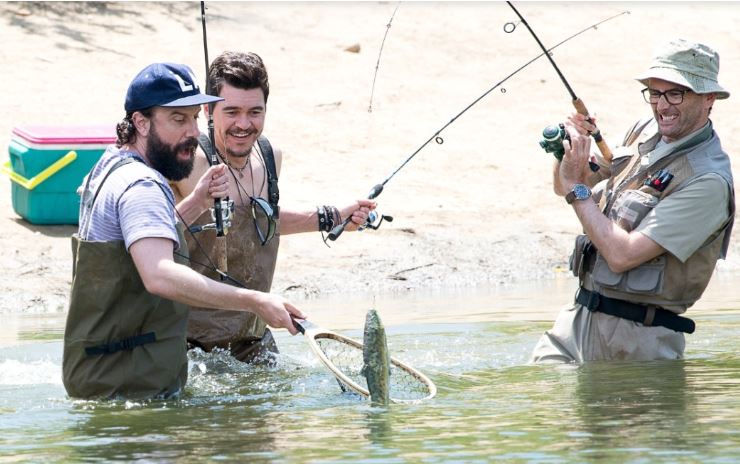 Fly fishing can serve as a soothing activity.  The ambiance of flowing water, wind rustling trees and birds chirping, is a natural high for fishermen while they cast out the lure and bait. Fly fishing can also be a platform for a person to vent to friends and utter strangers about their lackluster sex life. Poor Walt, he simply wants to make love to his wife, and he strikes out like a 1980s romantic comedy character who can’t get the girl. In a laugh-out-loud moment later in the episode, Walt mistakes his wife’s attempt to show off a necklace that she made for her ex-best friend Nina-Joy, as an invite for long overdue intimacy. 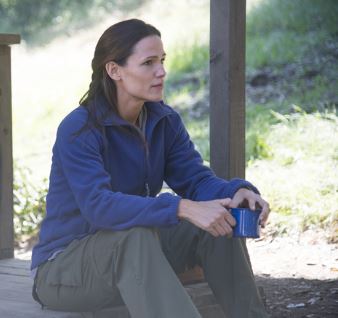 It is apparent that Walt is liked by his male companions, the inverse of the women camper’s feelings for Kathryn.  Regarding Kathryn, she is not a likable character, but this is not the issue that I have with Lena Dunham’s and Jenni Konner’s latest effort. In fact, it is apparent that the showrunners don’t want the audience to enjoy Katharyn’s presence.  But we should enjoy her antics, rather than feel as though her anxieties are being shoehorned into the storyline. I simply perceive the majority of the cast (save for David Tennant’s Walt) as caricatures rather than actual characters.  On the other hand, there is an interesting bonding scene between the low-key Carleen and the eccentric Jandice.  Jandice antics are so sporadic and self-serving rather than plot-serving, that I can’t help but yearn for more scenes that involve one on one interactions between these two characters.

The dynamic range of the characters in the political satire Veep and the raw but sincere characters in Insecure give the audience a smorgasbord of characters to like and dislike for a multitude of reasons. The HBO version of Camping is vicious like the original United Kingdom series. I have seen The UK Camping pilot, and although it could be simply summed up as a cycle of alcohol-induced antics, the shenanigans seem to flow naturally. I am hoping in later episodes that HBO’s Camping takes full advantage of the miniature society of Katharyn and her friends, by allowing the audience to see, hear and feel what grinds their gears.  Not that explanation is so warranted in comedies as compared to dramas, but with people so animated, some motivational factors need to be revealed.

I could have it all wrong about the assessment of Camping’s characters. With all of my disapproval aside, Camping is not a terrible show. I know that my review of the pilot and now the third episode have been less than laudatory. However, the standard was set so high with Girls that this effort is indicative of the dreaded “Sophomore Slump”, that effects many talented writers.  Although professional reviewers and audiences have had mixed to negative reactions, it is up to the HBO programming executives to decide if a second season is warranted.  HBO is all about the brand, and perhaps the head honchos may feel as though Camping is ahead of its time and will allow audience (and myself) the chance to catch up to its comedic prowess by continuing with a second season and beyond. Either way, I am still watching as long as Camping occupies a Sunday night timeslot.