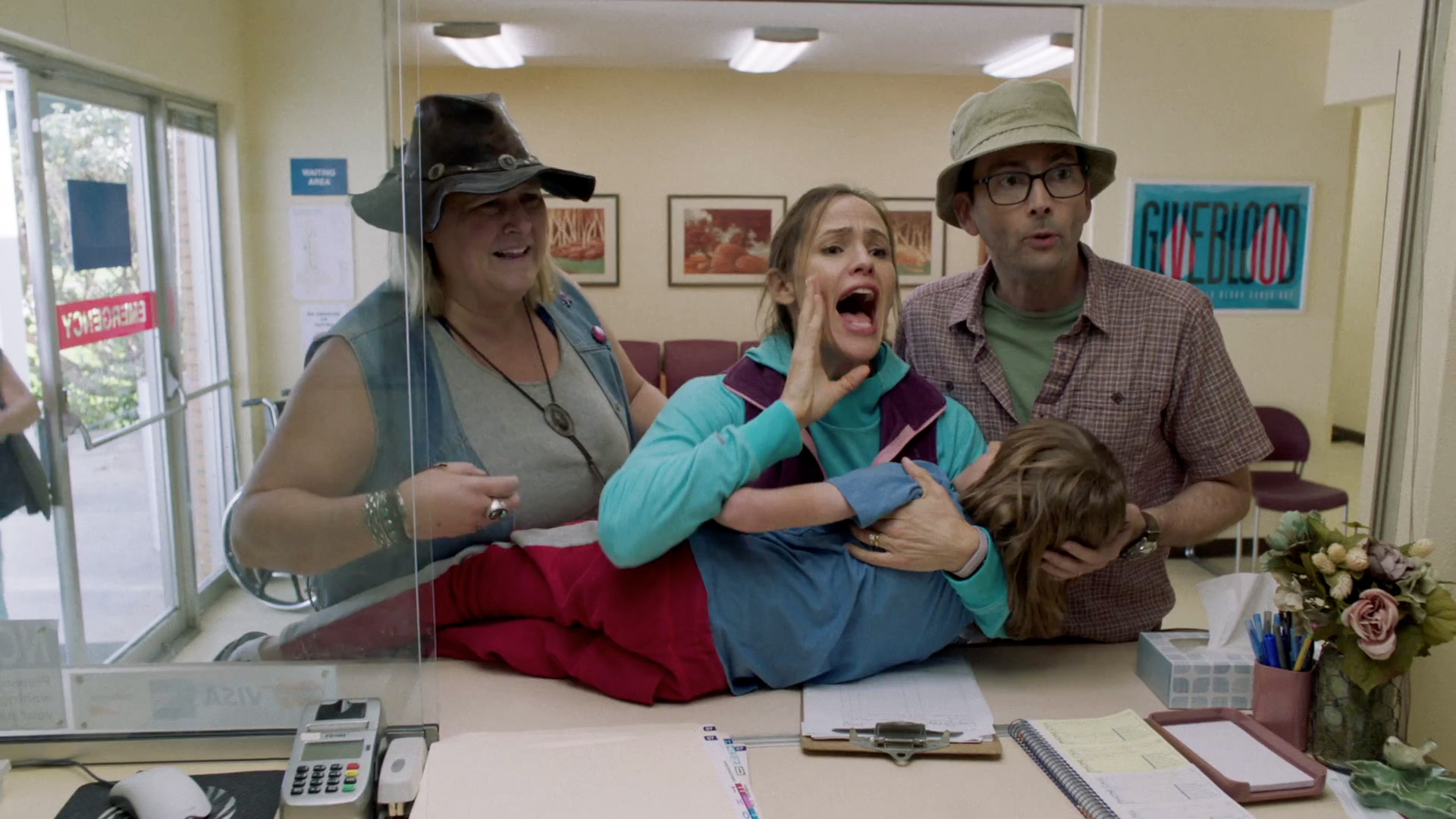 The second episode of Camping packs some serious moments. Football, a hospital visit, a racist comment, and falling walls after some frisky business all feature in what was a jam-packed episode. Obviously, most of this doesn’t go over well with Kathryn (Jennifer Garner) who as a character hasn’t garnered a ton of goodwill, which I think is a bit unfair.

The premiere did a good job painting Kathryn’s personality, but not with a lot of explanation. What we see is that she’s very organized, particular, and perhaps even bordering on OCD. She’s blunt. Possibly to the point of being a little abrasive. So basically, at the surface, Kathryn is a type A personality. Difficult, sure. But she’s not evil. What we also learn is that she has health issues. Now, I cannot speak to what Kathryn is dealing with herself or what health issues she’s had to consistently live with. What I can speak to is having chronic back issues and pain for years. When you deal with chronic pain, you become very protective of yourself. And it isn’t that you’re out to screw others, it is that you become obsessive about taking care of yourself. After I blew a disc in my back, for six months-ish I had to ask to sit next to an outlet so I could plug in my heating pad to help relieve pain. So I think there’s more to Kathryn’s personality than what we’ve seen.

This episode starts with a tag football game and Jandice (Juliette Lewis) bumps into Orvis (Duncan Joiner).  Even though the boy is wearing a helmet and pronounces he’s fine, Mama Bear insists on taking him to the hospital. The hospital staff doesn’t appreciate her forcefulness about making sure her son is okay, and in reality, they treat her a little like a joke. I found this part extremely frustrating because even though Kathryn is a bit irritating, why would you ever belittle a woman who is scared for her son? Just explain in a better bedside manner that he is fine and that her worry could actually be affecting her son. Kathryn begins to feel ill, and she ends up saying to her son basically that she isn’t okay. Emotionally, Kathryn is struggling. And what I feel is mostly going on for Kathryn is that she feels unheard and it becomes stifled in her attitude towards things. What would help most is therapy, but I think Kathryn internalizes.

While Walt (David Tennant) and family are at the hospital, the rest of the gang heads into the town for some drinks and wandering. Joe (Chris Sullivan) is supposed to be rehabbing and not 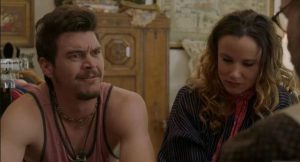 drinking or doing drugs, Of course, he ends up doing both. His wife Carleen (Ione Skye) sees the alcohol but not the drugs. Oh boy, I think that’ll come back around. But while inebriated, Joe also makes a racial comment about Nina-Joy (Janicza Bravo) to Nina-Joy’ face. Now, if I was Nina-Joy, swings would’ve been thrown. She gracefully went to her partner George (Brett Gelman) and tells him what happened. He’s pissed, as he should be, and eventually confronts Joe. So that’s gonna provide a lot of nice emotional charge under everything else going on. And while that was happening, we also have Jandice and Miguel (Arturo Del Puerto) go for a walk, find a lovely antique shop, and proceed to have intimate relations right in the changing room inadvertently destroying the room’s curtains. So a lot was going on under the surface, on the surface, and all in between.

Next week will feature some more insight into Walt and Kathryn’s sexual relationship and I have a feeling even more emotions will be brought up between Kathryn and Jandice. I suspect it will not be pretty. But what are your thoughts so far on Kathryn’s character? Annoying or understandable? Chime in below and don’t miss out on the next episode on Sunday, October 28th on HBO at 10:00 pm EST!