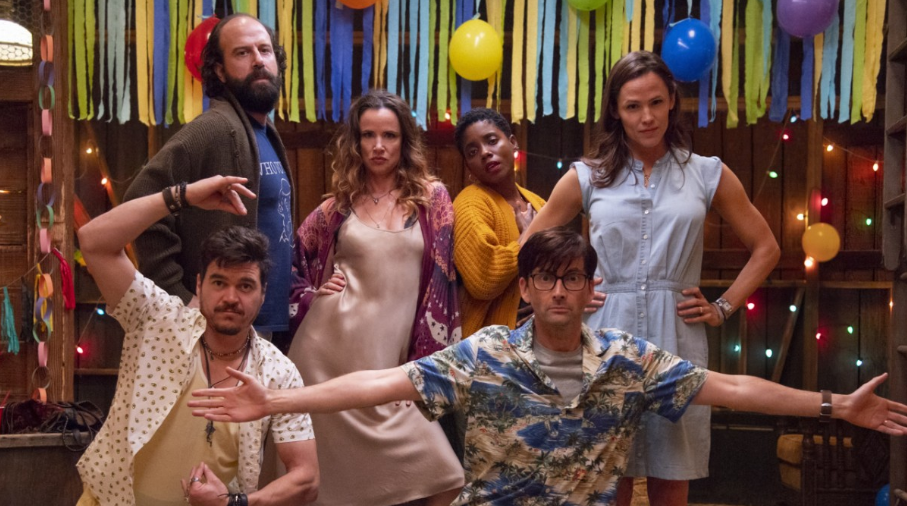 Lena Dunham and Jenni Konner have professionally split, and many reviewers speculate that Camping is an allegory of their relationship. The truth behind this conjecture is unknown, yet regardless of the validity, an artist’s personal experience can make for fine storytelling. The penultimate episode of HBO’s first season of Camping is one that has moments that would be suitable to tell around campfires to a mature audience. Although key factors that have shaped our characters have yet to come full circle, the birthday party for the series’ most likable of characters gives us an enjoyable and memorable entry in the plethora of HBO comedy series. The pacing, exposition, and performances are what I expected of showrunners/creators Lena Dunham and Jenni Konner. HBO has not announced whether Camping will have a sophomore season, but the closing remarks by birthday boy Walt will have many waiting for the greenlight for Camping’s return.  Episode 8 (Birthday Party Part 2), has yet to air, but if it is analogous to Part 1, then it would be a travesty to leave viewers without some chance of experiencing a comedic catharsis. 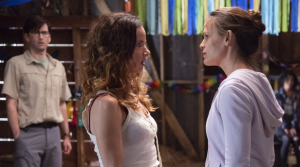 This entire series is laden with awkwardness, and Walt’s birthday celebration is not an exception. Kathryn has meticulously planned this celebration of life, but as with everything else that has transpired, nothing goes as planned. The perpetually senseless Jandice indulges in hard drugs, which leads to the usual antics of the character with heartfelt emotions intertwined. In the previous episode, the wholesome Carleen suddenly disappeared. In the same fashion, she suddenly appears and stands-up to Katharyn and her unappreciative husband. Regarding the latter, it is revealed that Carleen moved away to “get the hell away” from Katharyn.

George has a breakdown that makes the tension between him and Nina-Joy in previous episodes look like an argument between kids not sharing toys at a daycare. Nina-Joy decides to break-up with George, as Carleen and Jandice also decide to call it quits with their partners. This now leaves just Walt and Katharyn, slow dancing in a poorly decorated barn. As they jest 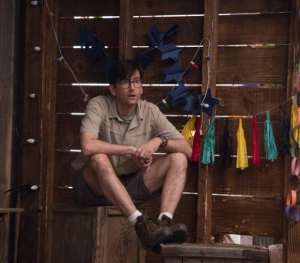 about the insipid situation, Katharyn foolishly and mean-spiritedly tells Walt that she began to bond with Jandice, because they both hated being intimate with their supposed significant others. This infuriates Walt and he doesn’t hold back as he verbally destroys his spouse and leaves her dumbfounded on the dance floor.

Although still not a benchmark HBO comedy, Camping has slowly grown on me over its short course. Maybe the dynamic between the characters is an intentional slow-burn, that requires patience. Next week the series finale’ arrives, expect this episode to be comparable to its predecessor, with more mayhem ensuing as events of the past are unearthed. How will it all resolve or will it?