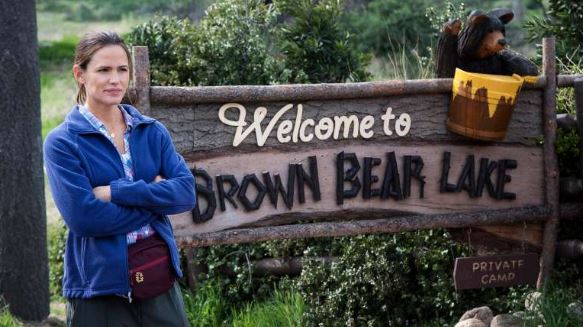 …or, as I see it, A TRIP TO THE GREAT OUTBORES.

Zeitgeist.  This is a term that is frequently used by literary and television critics.  During a 2015 Financial Times interview, HBO CEO Richard Plepler quote playwright Arthur Miller by saying “Artists do what they do.  The rest is up to the Zeitgeist.  I think there’s a lot of truth to that.” No matter the talent involved, even the revered HBO has had a few failures i.e. Vinyl, The Brink, and John from Cincinnati among the few.  And these were failures not solely due to ratings, but vastly due to the content not being indicative of HBO’s staunch position on quality. Lena 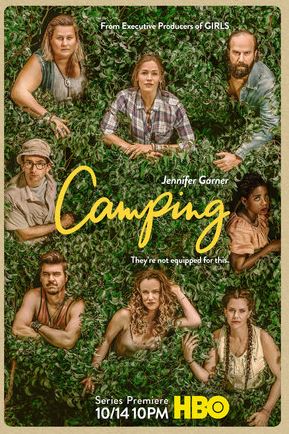 Dunham’s and Jenni Konner’s Girls is a quality bildungsroman that undoubtedly built a strong relationship between HBO and these talented ladies. Alas, if there is not significant improvement across the remaining eight episodes, there may be only a freshman debut of Camping, in this writer’s opinion.

Critics of large journalism and media outlets have called the show pretentious and misogynistic. (Some critics love it; see the clip below) I disagree with this assessment but agree with the verdict of not funny.  Jennifer Garner does all she can with the one-dimensional character Kathryn Jodell; whose best quality is being played by the appealing and talented Garner. Kathryn is the typical comedy-drama character that we are supposed to love to hate: controlling, vindictive, and narrow-minded. Kathryn is so audacious that she scolds friends for bringing kids to a no kids affair, even though her own daughter is present.  This would be acceptable and funny if the audience had the insight into why Kathryn is Kathryn. With Girls, the audience was given a superb introduction to Lena Dunham’s Hannah Horvath. In the pilot episode, Hannah’s parents cease funding her expenses and endeavors, despite her grand and respectable intentions of becoming a professional writer. No matter if the audience feels for this spoiled millennial or applauds the parents for kicking this nestling from the home nest, the pain, hilarity, and authenticity of the situation in Girls can be felt. Very little from Camping will resonate with HBO viewers. I feel comfortable saying such a terse statement because premium cable watchers expect a certain level of programming excellence. The pilot episode unfolds as though it was written by an undergraduate film student, who has not found their cinematic bearings.

Camping opens with Walt and Kathryn Jodell on a weekend getaway to the great outdoors.  It is Walt’s 45th birthday and Kathryn wants everything to be perfect, not for Walt, but for herself.  She is so vain that she created an itinerary for her family and invited friends to execute it while at the camping grounds. The players in this scenario are the Jodell couple, their daughter, Kathryn’s sister, several couples, and bears.  A bear makes a brief cameo towards the end, and this is one plot point that will certainly come full circle in subsequent episodes. But even the antics built around the wildlife is trite and predictable. In one scene night scene, “growling” noises are heard outside and the campers immediately think a prowling bear is near.  But low and behold, it was a tag-along couple engaged in intercourse. This scene was ripped out of a network tv script; a scenario so tired that I recalled seeing it in more censored and meekly produced sitcoms on numerous occasions. that’s my take, but here are those positive critic reviews:

Next week Alexandra will review the second episode. Perhaps, her view of the series will be more laudatory than my staunch criticism. Or feel free to disagree with me in the Comments below, perhaps. Camping airs Sunday nights at 10:00pm & appears on HBONow/Go.