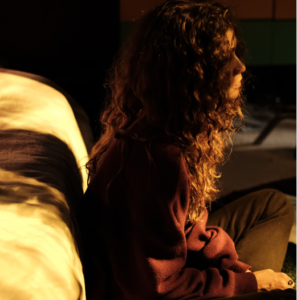 Straight from an official press release comes word that Sam Levinson’s EUPHORIA moves forward with the third season and well, it should. Season two has clocked in some record numbers and praise. The season two premiere, which aired on January 9, 2022, has pulled in 14 million viewers across HBO’s platforms. and HBO Max to date. Plus, those numbers have been holding as the sophomore season rolls out. It is a big number when you put it up against the show’s premiere season. Back in 2019, the average for Season One was 6.6 million.

As for the praise, NPR heralded the second season of EUPHORIA as “a creative triumph,” calling it “thrilling, daring, disquieting and compelling.” Vulture praised it for an “abundance of artistic confidence that makes it intoxicating to watch.” Mashable hailed the season as “spectacular,” “stupefyingly bold,” and “an electrifying ride,” noting “Zendaya is at a career-best.” The season two premiere episode was also the #1 most social premium cable episode since the GAME OF THRONES finale in May 2019. Francesca Orsi, Executive Vice President, HBO Programming states, “Sam, Zendaya, and the entire cast and crew of EUPHORIA have taken Season 2 to extraordinary heights, challenging narrative convention and form, while maintaining its heart. We couldn’t be more honored to work with this gifted, wildly talented team or more excited to continue our journey with them into Season 3.“

All is a go for moving forward with a third season despite the controversy surrounding it. EUPHORIA has gotten smack talk over the ‘shock value’ it employs regarding the glamorization of drugs and the liberal use of nudity and all that surrounds it in youth culture. It is a topic all abuzz and the show is bold in its depiction. As of this writing, we still have a few episodes to go in Season Two so, we can’t say where all our players will end up. It will surely be a mixed bag of good & bad situations and we look forward to what happens to each and every character. What do you think of the notion of EUPHORIA Season Three?