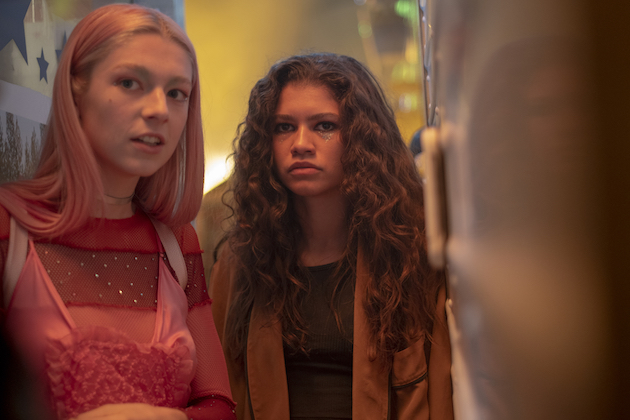 It’s Euphoria time and this week, we’re not greeted with a flashback or a memory as the show opens. Instead, we’re with Rue as Jules goes down on her for the first time. And while you’d imagine some excitement, curiosity, or anticipation, this is Rue we’re talking about. Instead, we find Rue narrating her deep love for Jules, only to be too high to really enjoy the moment. We’re thrust into Rue’s mind, high on probably every drug you can name, meeting some of the most memorable images you’ll ever see. Famous photographs, movies scenes, the works. And let’s pause here. How beautiful is this?! At the heart of this scene, it feels like Rue just wants to be loved. And the way she imagines the love she desires is through the lens of how the world has told her to show up. Gay. Straight. Woman. Man. A moment, for sure.

And so, if the goal was for us to understand where Rue goes as she escapes Earth, it’s nice to know it’s in the arms of Jules. Somewhere where she feels safe, seen, and valued. Whether they’re on the Titanic or cartoons seeking their happily ever after, the opening scene should bring in all the feels of comfort in love. And instantly we, along with Jules, realize that Rue is faking it. What part? Only time will tell, but for now, it’s definitely an orgasm.

Now for the week’s drama. Cassie, Nate, and Maddy are still at it. And honestly, they’re all exhausting yet addictive to watch. Nate and Cassie get into it over, honestly, I don’t know what. Cassie wants to make Nate out to be the “bad guy” and frankly, he isn’t having it. If they’re looking for blame, undoubtedly, they have found it in each other’s presence. While the two of them yell to no avail, the one thing that sticks out about this week is how good of a friend Maddy is. Sure, she’s without fault, but where Nate calls Cassie out for playing “nice girl,” Maddy is the kind of person I can get behind. We know who she is. We know what she wants. And while I may not go about fulfilling my wants and needs in a manner that is like hers, of the three, Maddy’s heart seems to be the purest. Now, this isn’t to say she’s not without contributing to the chaos, but, I appreciate the ways in which she shows up for people who matter in her life.

Nate’s dad Cal is having a moment too. Oh and real quick… can we please avoid all of these car driving scenes? I mean damn, my heart races more in the car than when Rue does drugs. Nonetheless, he goes on a drunken journey which forces him to be honest with himself (and everyone else, but that kind of meanness isn’t above him, 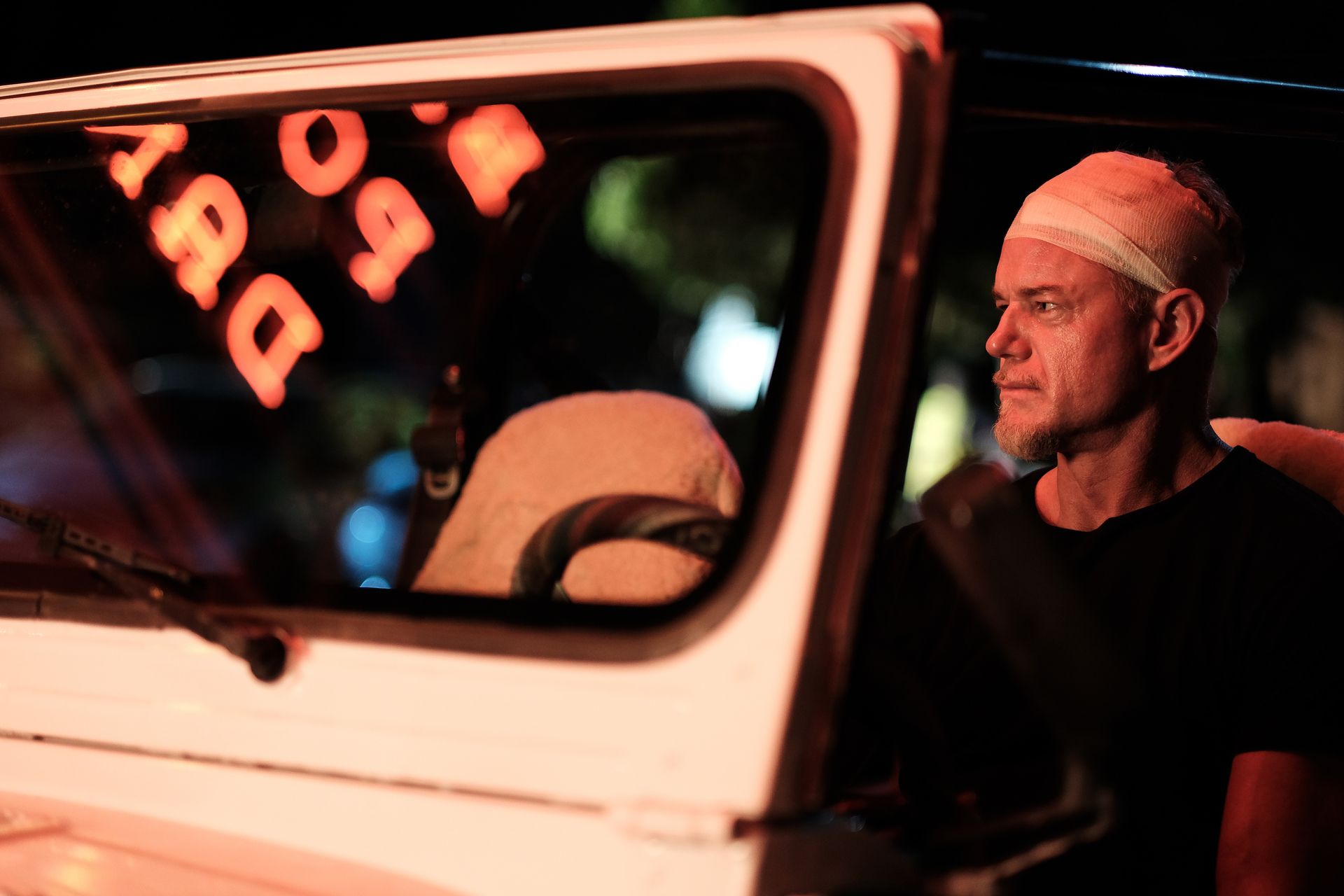 really). Apparently, Ashtray beat some sense into him because he’s finally making some strides in being… himself?! Despite being kicked out of the gay bar where he and his first love had their first kiss, Cal is ready to make some declarations. He goes home, pees on the floor, penis out (because, well we’re going to get genitals every week, that’s for sure) for his family to see. And here’s where he has his moment. He’s a “man.” Which means he can sleep with whomever he wants. And he will move forward. Nate is his biggest disappointment, and he’s been cheating on his wife since, baby number one.

Elliot and Jules have finally succumbed to a level of closeness we all knew would happen. While the two of them try and find a way to bring Rue into their feelings, it’s just mission impossible. Rue isn’t that sexual or present enough to really care. Drugs and substances force her (and many others) to miss out on the gift of being present. Everyone on this show uses something to hide from something and nothing feels heavier than when Rue demands to be put out of the car, in the middle of the road, high and seemingly tipsy. Elliot obliges, and she finds her way home.

And then things go dark. For much of season one, a lot of us wanted to know, was Rue dead or alive?! Were these narration’s from the past and were we merely reliving it on the other side? The narration turns especially eerie as it seems like Rue is in a church, narrating her own funeral. Elliot tells Jules that Rue is back to using and that he does too. Jules even narrates a bit of the scene, only for Rue’s voice to come back in. During Rue’s escape, the man she’s hugging at her funeral becomes her dad, offering her some sort of peace; a peace she’s longed for. And while we pull out to see she’s still seemingly alive, I can’t help but wonder, where are we in time? Sam has always played with scenes and time so effortless, and really, it forces us to realize that the only thing that matters are the people and the lives they lead… until they don’t.

Here’s a clip of next week’s episode: