Hey, EUPHORIA fans there’s news of one of our players down. Yeah, it seems Barbie Ferreira is no longer feeling the euphoria. We’ll let her tell it her way first and then weigh in. 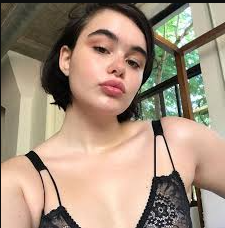 “After four years of getting to embody the most special and enigmatic character Kat, I’m having to say a very teary-eyed goodbye. I hope many of you could see yourself in her like I did and that she brought you joy to see her journey into the character she is today. I put all my care and love into her and I hope you guys could feel it. Love you Katherine Hernandez.”

Now, the reasons for her departure were not the kind where the actress was just ready to move on to something else, because she had a rough time on set apparently. The Daily Beast pointed out issues –

persistent rumors about tensions between some cast members and Sam Levinson—specifically Ferreira, who allegedly 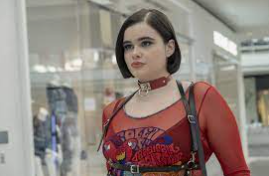 butted heads with Levinson over some elements of the direction of her character. The talks are said to have gone south, with Ferreira allegedly walking off set and Levinson cutting back her screen time.

As pointed out by many, Ferreira’s screentime was altered greatly between the two first seasons. Kat was a strong, component of Season 1 with her sexual awakening and her message of being body positive. She found a beau to top it off and by Season 2 the relationship was backburner and Ferreira found less screen time. 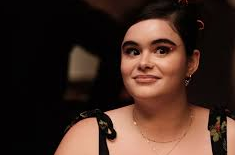 So, she pulled the plug before she was fired upon the ramp up to Season 3. So, one thing we’ve got going is that we now know that Season 3 should address Kat’s absence, right? Levinson could just drop Kat like a hot potato or he could weave something into the plot somehow. Does Kat just give up on Rue & friends and float in another circle? Does she move away or does she die in some sloppy pathetic death?

So long to the character & to the actress who has moved on to a movie called House of Spoils. We await to see how her absence is treated when EUPHORIA returns sometime in 2023.