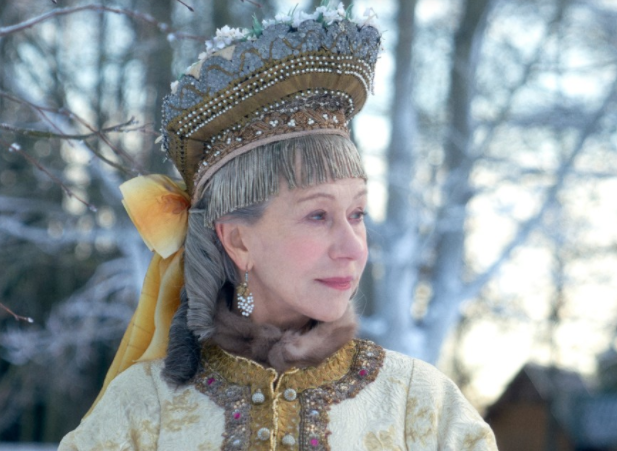 Sad to see that this mini-series was not longer. I’m sure there was more than enough historical material to go on but all good things, as they say, must come to an end. In the finale, we see Catherine tormented by her feelings for Potemkin, who to trust, trying to sniff out what plots her son Paul is hatching, getting rid of loose ends in her council and in general, trying to expand her empire and put on a show of great strength. The problem in being in a monarchy is when you have absolute power, you need to keep on retaining that level of authority, fear and stature. Not everyone is on your side and we see how many traps have been laid for Catherine.

Catherine continues to go through men like clothing. All these little liaisons mean nothing, they’re just men who are disposable to her and pass the time. She’s made it clear to Potemkin that she would never share her throne and it would be unwise for her to do so. Being a female and a monarch is such a slippery slope and she is determined not to let anyone step into her shoes. We see the political machinations come to light when Catherine has her grandson under her watchful eye. Oh yes, and having a young heir sign a paper declaring that your father is unfit to rule is the icing on the cake. Paul and his wife are right to be worried about Catherine’s influence on the young Prince Alexander. Maria and Paul chafe at having to leave their son with Catherine but have no choice – they bide their time, in the hopes that they can overthrow Catherine, along with the help of Orlov and Zubov (another lover of Catherine). 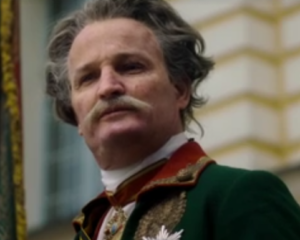 Potemkin has fought and bled for Catherine, in order to expand the Russian empire and has created a new Russian army, thus establishing his military prowess and success and yet, still, the two of them battle with each other. It’s a complicated relationship and Catherine finds herself listening to idle gossip from Zubov. It’s rather unfortunate that Catherine becomes paranoid and suspicious and she should’ve listened to her most trusted friend, Countess Bruce, who clearly did not like Zubov from the get-go. Problems with Germany arise, and Potemkin dies while back in Crimea. Maria and Paul resent Catherine for her longevity, her grip on power and her influence over Alexander. Catherine was shrewd enough to figure out her late husband was a weak fool who couldn’t hold the reins of power and even worse, her son has followed in the late Peter III’s footsteps. No crowing achievement, but more like a bumbling fool who is prone to temper tantrums and won’t make rational decisions. Paul is like his father: an idiot, surrounding himself with people who will backstab him at a moment’s notice. In a grim moment, Catherine bluntly tells her daughter-in-law that Paul is a weak man. No wonder why Catherine chose to keep her grandson close. You really don’t want history repeating itself. Furthermore, Paul resented the fact that his mother ruled for so long and managed to live long enough to have Russia create a navy and expand its geography. As if Paul would amount to that level of greatness. 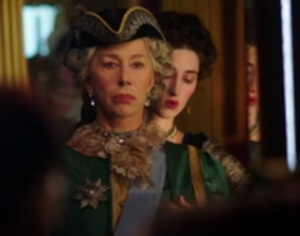 France is in open rebellion. Russia could soon start rising against Catherine, too – and her age soon becomes a factor in her own demise. Headaches, paranoia and the stress of ruling a vast empire take their toll. In a scene that was difficult to watch, we see Catherine slip into a deep decline and collapse. And when Catherine inevitably starts to go down, it’s horrible. Maria and Paul descend like vultures and destroys the valuable paper that Prince Alexander had signed for his grandmother. Paul becomes the new Tsar of Russia and to add insult to injury, he has his late father’s remains dug up and that a crown be placed on his grave because God forbid, we support a woman in power. His mother, although not perfect by any means, did what she could to make Russia a formidable country. And what does Paul do? He screws it all up and ends up being one of the worst rulers in Russian history. Because he was so resentful 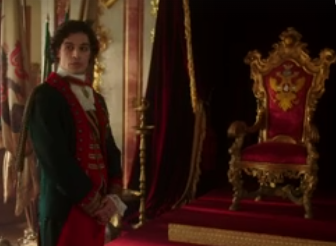 of his mother’s power, he manages to destroy her reputation, while bringing ruin and political turmoil in his brief reign. Perhaps he should’ve valued Catherine’s time as Empress. He could’ve learned how to make powerful alliances, contribute to the arts and sciences of the time and could’ve had the chance to be one of the most omnipotent rulers of Russia. In having patience and listening to his mother, he could’ve learned a great deal about being politically astute and in how to be democratic and diplomatic. He could’ve learned to be proactive instead of reactive. Instead, he acts like an entitled, spoiled brat and brings ruin upon himself. And in just five short years, he was brought down by none other than his own son, Prince Alexander. In his zest to bring his mother down and have absolute power, he perhaps neglected to take notice of his son. Maybe Alexander was watching his father, waiting in the shadows and remembering how he signed a piece of paper for his grandmother. And it’s funny how it all turned out: Catherine was right all along about Paul, and Alexander made his move to prove that his late grandmother had known all along: sometimes sons are weak, pathetic creatures who are jealous of their mother’s experience and power in politics.

Thus, is the story of Catherine the Great. You can find this miniseries on HBONow/Go.