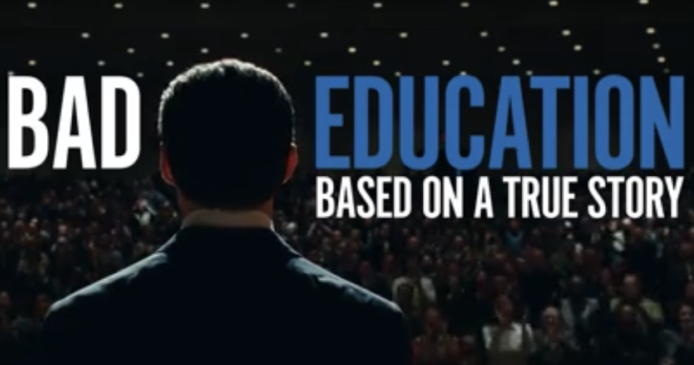 Directed by Cory Finley and Written by Mike Makowsky;

The film will also be available on HBO On Demand, HBO NOW, HBO GO and partners’ streaming platforms.

BAD EDUCATION is directed by Cory Finley and written by Mike Makowsky and is based on a New York Magazine article by Robert Kolker. The film stars Academy Award-nominated and Golden Globe and Tony Award winner Hugh Jackman (“The Greatest Showman,” “Les Misérables”) and Emmy®, Academy Award and Golden Globe winner Allison Janney (“I, Tonya,” “Mom”).

The description they use doesn’t really tell us much, but the trailer opens it up enough to let us now that is plays with a good mix of seriousness and humor. The theme of embezzlement carries some lofty weight, but the looks some of these characters offer and certainly the music used here lightens it all up. We will have to see how it all plays out when HBO Films: BAD EDUCATION arrives on April 25. 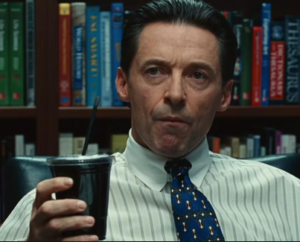 HBO is known for big sensational presentations under its own banner and this one with Jackman, Janney & Romano looks right on the money. I for one, hope that continues, but HBO Max looms in the near future and even though it is all in the family, as it were, I’m afraid HBO Max is going to take the biggest projects for itself and the HBO Films’ features might suffer. What HBO Films offers is always worth my interest so, I’ll be watching BAD EDUCATION and what comes next.