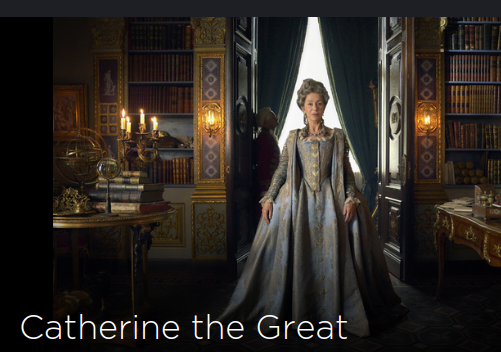 This will be good, but I wish HBO could define the terminology between a ‘miniseries’ and a ‘limited series’ because this work has been called both. With my grumble now out of the way let us look at the details, including premiere date, for the upcoming content.

The HBO/Sky production follows Catherine towards the end of her reign during her passionate affair with Grigory Potemkin (Clarke). Amid scandal, intrigue and immense conflict, they develop a unique and devoted relationship, overcoming their adversaries and together serving as the architects of modern-day Russia through a series of liberalizing reforms.

We gave you a Teaser for this one back in July but since we have little else to show or tell you we will offer it again:

As a side note, we can say with this limited series added that early Fall at HBO is shaping up quite nicely. In September, as will be pointed up in the upcoming “What’s On” post, we have the return of THE DEUCE. October has two limited series, including the one mentioned here, and other exciting news that we will announce soon. HBO is thriving quite nicely without GAME OF THRONES. Is your interest high for what is coming next? Does it include CATHERINE THE GREAT? Let us know in the comments below.