I’ll admit that sometimes news just seems to slip by me. The official notification that Larry David and company will get yet another season of CURB YOUR ENTHUSIASM in front of our eyes just happened to be one of them. Larry announced it way back in April. Obviously, David has an open invitation from HBO to film and present another round of banter. Obviously, it is all up to his whim whether he wants to lead his cast in another round of loosely plotted improv that has been his norm for the past eleven seasons. I guess he is lucky his show is apparently so damn cheap to pull off that Zaslav has no problem with it. I guess we will see Season 12 in 2023. Of course, there is not much to announce beyond that. We drop, however, the official announcement, that, yes, again, I missed. It came in a series of bullet points that I add below: 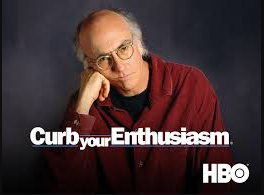 See you sometime next year Larry!