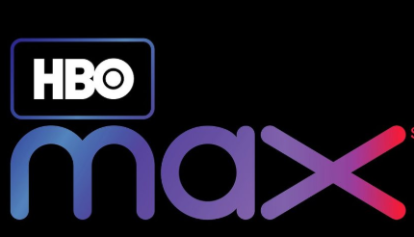 Apple+ and Disney+ are up and running and HBO Max is next in May of 2020 as the new age of colossal streaming TV takes shape. The new streaming platform will combine titles from across the Warner Bros. film and TV library as well as introduce original films and series all at a cost (the most expensive one out there) of $14.99. HBO Now users who subscribe directly to HBO through HBONow.com will also have access to the service upon launch. What is going to want you to subscribe, naturally, is the content and HBO Max is loading up with plenty.

HBO Max will feature titles from across Warner’s properties, including Warner Bros. cinema, HBO, Cinemax, New Line, DC Entertainment, CNN, TNT, TBS, TruTV, Turner Classic Movies, Cartoon Network, Adult Swim, Crunchyroll, Rooster Teeth, Looney Tunes, and more. With a huge library like that HBO Max will not have to worry about a large bulk of original material to start. In the end, there will be thousands of hours of content.  Here is a look at just some of the titles making their way to HBO Max.

*Americanah – Based on Chimamanda Ngozi Adichie’s best-selling novel of the same name, this is an epic love story of a woman born in Nigeria who leaves for 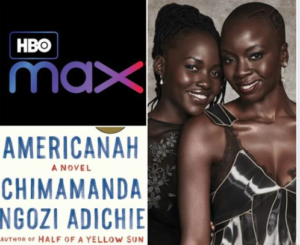 America and her extraordinary experiences with love, heartache, adversity and self-discovery. It is a drama starring Lupita Nyong’o.

*Birth, Wedding, Funeral – Each episode, will immerse viewers in a different country to reveal their cultures through the lens of the three universal rituals—births, weddings, and funerals. Genre: Documentary Series with host Lisa Ling.

*Bobbie Sue – After being raised among four rowdy brothers in a blue-collar neighborhood, Bobbie Sue, a headstrong young lawyer lands a career-making case with an upper-crust law firm, only to realize she’s been hired for optics and not her expertise. But after discovering her powerful client, a lifelong idol of hers, is trying to cover up exploiting workers within her company, Bobbie decides to take both her and the law firm on, caution and etiquette be damned. This is a feature film directed by Charles Stone III starring Gina Rodriguez.

*The Boondocks – Based on the comic strip created by Aaron McGruder, The Boondocks both depicted and presaged the nation’s most roiling cultural issues. HBO Max has two new reimagined seasons and a 50-minute animated special. 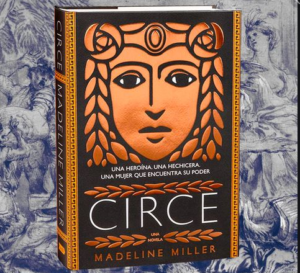 *Circe – An adaptation of Madeline Miller’s International bestseller of the same name, Circe is a modern take on the world of Greek mythology told from the powerful feminist perspective of the goddess Circe, who transforms from an awkward nymph to a formidable witch, able to challenge gods, titans and monsters alike.Genre: Drama Writers/Executive Producers: Rick Jaffa, Amanda Silver

*Crime Farm – This is a psychosexual love story that follows Selma and Richard Eikelenboom, forensic homicide experts whose marriage thrives on their all-consuming investigations into the depravity of the world’s most notorious criminals. As a seminal case upends the paradigm of their relationship, their unique, unconventional and sometimes dangerous arrangement stretches the boundaries of marriage and science. Produced by: Academy Award winner Nicole Kidman’s Blossom Films and Warner Horizon Scripted Television with Janine Sherman barrois as showrunner.

*Dune: The Sisterhood – An adaptation of Brian Herbert and Kevin Anderson’s book based in the world created by Frank Herbert’s Dune, Dune: The Sisterhood explores this universe through the eyes of a mysterious order of women, the Bene Gesserit, whose extraordinary mastery of body and mind allow them to expertly weave through the feudal politics and intrigue of The Imperium. Director: Denis Villeneuve. 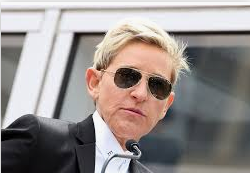 *Ellen’s Home Design Challenge – Design aficionado Ellen DeGeneres is giving forward-thinking designers the chance to push their creativity to the limit. DeGeneres will be on hand to weigh in on each challenge and provide humorous, colorful commentary in this reality show offering.

*EQUAL – EQUAL pays tribute to the epic origin stories of the LGBTQ+ movement. A masterful four-part docuseries that captures the gripping and true backstories of the leaders and unsung heroes, pre-Stonewall, who changed the course of American history through their tireless activism. These warriors gave voice, often in a life-or-death battle, to millions of people yearning for equality and the desire to be themselves. This is listed as a Limited Documentary Series

*Expecting Amy (working title) – An unfiltered documentary taking viewers behind-the-scenes as Amy Schumer goes through a difficult pregnancy while on tour. From hospitalizations to going out in front of a crowd of thousands, to quiet moments at home with her family, Schumer shares it all.

*First Dates Hotel – Based on the hit UK format, this charming dating series set at an affluent boutique hotel will find single people from multiple generations gathering for an intensive and tailor-made romantic experience. After fun, amusing and potentially disastrous dates, if the potential lovers like each other, they can choose to stay on for a second date in the hopes of finding out if they’re ultimately a match. Executive Producers: Ellen DeGeneres, Jeff Kleeman, Pam Healey, Dan Peirson

*The Flight Attendant – A one-hour thriller series based on the novel by New York Times best-selling author Chris Bohjalia of how an entire life can change in one night. A flight attendant wakes up in the wrong hotel, in the wrong bed, with a dead man – and no idea what happened. This thriller stars Kaley Cuoco, Rosie Perez, T.R. Knight, Michiel Huisman, Sonoya Mizuno, Rosie Perez, Colin Woodell, Zosia Mamet

*gen:LOCK –  The half-hour animated series focuses on a near-future dystopia undergoing a new, technologically driven world war. Fifty years in the future, an 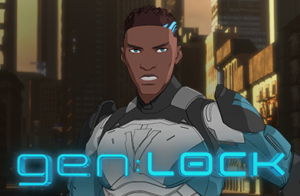 oppressive authoritarian force threatens to conquer the world. A daring team is recruited to pilot a new form of devastating mecha, but they must be willing to sacrifice everything to save the world. The Voice Cast includes Michael B. Jordan, Dakota Fanning, Maisie Williams, Golshifteh Farahani, David Tennant

*Heaven’s Gate – An intimate, four-part series that explores the infamous religious movement and the stranger-than-fiction circumstances that culminated in the biggest mass suicide to ever take place in the U.S. Director: Clay Tweel for CNN Films

*The Hos (working title) – Led by patriarch Binh Ho and his wife, Hue Ho, the power couple immigrated from Vietnam to the United States with little money, relying on hard work to establish the ultimate American dream. They have built a multi-million dollar bank, a real estate development company and a new generation of American Hos. The series pulls back the curtain of their lavish Houston lifestyle and showcases the tight family connections that unite them as well as the multi-generational outrageous drama that ensues.

*Legendary – Competition has never been this ballsy. Legendary will feature voguing “houses,” each comprised of five performers and a leader – the house “parent.” The teams rotate in a round-robin format, and each episode documents a themed ball from start to finish. The winner ultimately achieves “legendary” status in fashion and dance challenges. Produced by: Scout Productions

*Let Them All Talk (working title) – The story of a celebrated author who takes a journey with some old friends to have some fun and heal old wounds. Her nephew comes along to wrangle the ladies and finds himself involved with a young literary agent. This a feature film directed by Steven Soderbergh and starring Meryl Streep, Candice Bergen, Dianne Wiest, Lucas Hedges, Gemma Chan 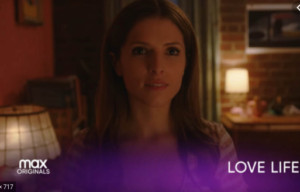 *Love Life – A 10-episode half-hour romantic comedy anthology series about the journey from first love to last love, and how the people we’re with along the way make us into who we are when we finally end up with someone forever. The series will follow a different protagonist’s quest for love each season, with each episode telling the story of one of their relationships. Starring Anna Kendrick, Zoe Chao, Peter Vack, Sasha Compere, Scoot McNairy, Hope Davis, James LeGros

*Made for Love – A 10-episode, half-hour, series adaptation based on the tragicomic novel of the same name. Made for Love is a dark, absurd and cynically poignant story of divorce and revenge. The series shows how far some will go for love – and how much further others will go to destroy it. Cast includes Cristin Milioti, Ray Roman and Noma Dumezwenj

*Persona (working title) – A documentary feature produced by CNN Films that explores the riveting and unexpected origin story of America’s obsession with personality testing.  Embedded in everything from dating sites to job applications, Persona reveals the profound ways personality testing has formed and influenced the world around us. 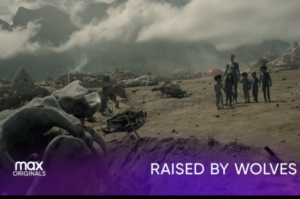 *Rap Sh*t (working title) – From Issa Rae, this one is a half-hour comedy series that follows three women – a hip-hop duo and their hustler manager – trying to make it in Miami’s music industry. Produced by: Issa Rae and Montrel McKay for Issa Rae Productions and Jonathan Barry and Dave Becky for 3 Arts Entertainment

*The Scoop (working title) – Produced by CNN Films, this documentary feature will follow the exhilarating and exhausting lives of CNN’s fearless female political reporters as they cover the most unpredictable presidential campaign in American history. This behind-the-scenes documentary draws from unprecedented access to the campaign press corps and reveals how these powerhouse political reporters deal with the candidates as well as with the challenges of life on the road.

*Search Party – Two more seasons of the critically-beloved comedy Search Party comes to HBO Max. Season three finds the gang swept up in the trial of the century after Dory and Drew are charged for the semi-accidental murder of a private investigator. As Elliott and Portia grapple with whether or not to testify as witnesses, the friends are pitted against each other and thrust into the national spotlight as notorious public figures. As Dory’s sanity begins to fracture, it becomes increasingly clear that they may not have brunch together for quite some time. Starring Alia Shawkat, Meredith Hagner, John Early and John Reynolds 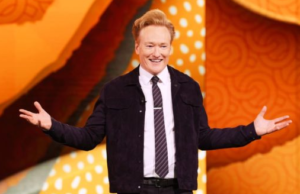 *Starstruck – Starstruck follows 20-something Rose, a millennial in London, juggling two dead-end jobs and navigating the awkward morning-after when she discovers the complications of accidentally sleeping with a movie star.Starring Rose Matafeo.

*Station Eleven – A limited series based on Emily St. John Mandel’s international bestseller, Station Eleven is a post-apocalyptic saga that follows survivors of devastating flu as they attempt to rebuild and reimagine the world anew while holding on to the best of what’s been lost.Cast: Himesh Patel, Mackenzie Davis; Adapted by: Patrick Somerville; Director: Hiro Murai

*Superintelligence- Superintelligence tells the story of Carol Peters, to whom nothing extraordinary ever happens. But when she starts getting snarky backtalk from her TV, phone and microwave, she thinks she’s being punked. The world’s first superintelligence has selected her for observation, taking over her life…with a more ominous plan to take over everything. Now Carol is humanity’s last chance before this artificial intelligence-with-an-attitude decides to pull the plug. A feature film with Melissa McCarthy, Bobby Cannavale, Brian Tyree Henry, Jean Smart and James Corden 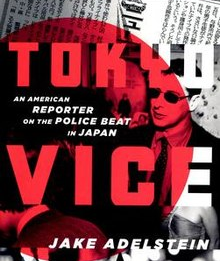 *Tokyo Vice – Based on Jake Adelstein’s Non-fiction first-hand account of the Tokyo Metropolitan Police beat starring Ansel Elgort. The drama captures Adelstein’s daily descent into the neon-soaked underbelly of Tokyo, where nothing and no one is truly what or who they seem.With Ansel Elgort and Ken Watanabe

All that is just the tip of the iceberg. Check back with us as we detail more programming coming to HBO Max!