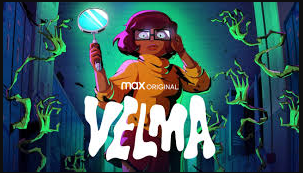 Jinkies! It seems that the adult animation series VELMA is getting some flack. The HBO Max show is not favored by devoted Mystery Inc. fans or just about anybody who uses the internet. The series, which we drew attention to in last month’s “What’s On” post, is being called the worse show out there! Sites like Forbes, Entertainment Weekly, Fox News, NPR and almost every TV critic out there have trashed it. One site, U. K’s Daily Mail pointed to some strong facts; I’m sure many others did also but it is just the one I saw first. It reported – “While the show garnered a Rotten Tomatoes rating of 11 percent following its premiere, the latest two episodes have seen it fall even further to just 6 percent. On IMDB, the show has a 1.3/10 rating – making it nearly the worst reviewed TV program ever.”

Why is this show, with the big name of Mindy Kaling involved, despised? Well, in a nutshell, they barely bear any resemblance to the original source material but they are pretty bare for being school kids. Yeah, that’s the gist of it, but some articles go in-depth to explain how this is all wrong. One good source is this post from Yahoo. The problem is, it seems, has nothing to do with Velma’s recent coming out as a lesbian, but that this character is far too adult for the character she is playing and even though he sports his iconic ascot the only thing you remember about Fred in this show is that he is still prepubescent and not at all manly endowed. Oh, and there is the fact that Daphne sells drugs and Shaggy, who goes by the first name of Norville in this show, is completely unrecognizable.

But all that just makes the Scooby fans grumble. What has the rest of the critics upset is the over-sexualization of these mid-teens, that the show is “woke” and lame. Do we need to see nude 15-year-olds in a shower scene? Yes, we can tweak the original but to totally turn it into an animated SEX LIVES OF COLLEGE GIRLS episode? That is not honoring the source material at all. But, to be fair, I found one critic over at USA Today who thought this adult bent is just A-OK. Besides, if you want the traditional characters, HBO Max has curated 38 of their titles currently on the streamer.

So, what do you think? Have you seen the four episodes now out for VELMA? Is it irreverent?  Is bad publicity better than no publicity at all? Will enough people now watch it just to see if it is as bad as critics say? If it gets enough views, it just might get renewed.

It sounds like you’ve got a mystery on your hands and there is no Great Dane in sight! Is it offensive or cool? To watch or not to watch? Let us know what you decide.